In honor of tonite's premier of Downton Abbey I present to you the Dowager Teddi Grumpkins... 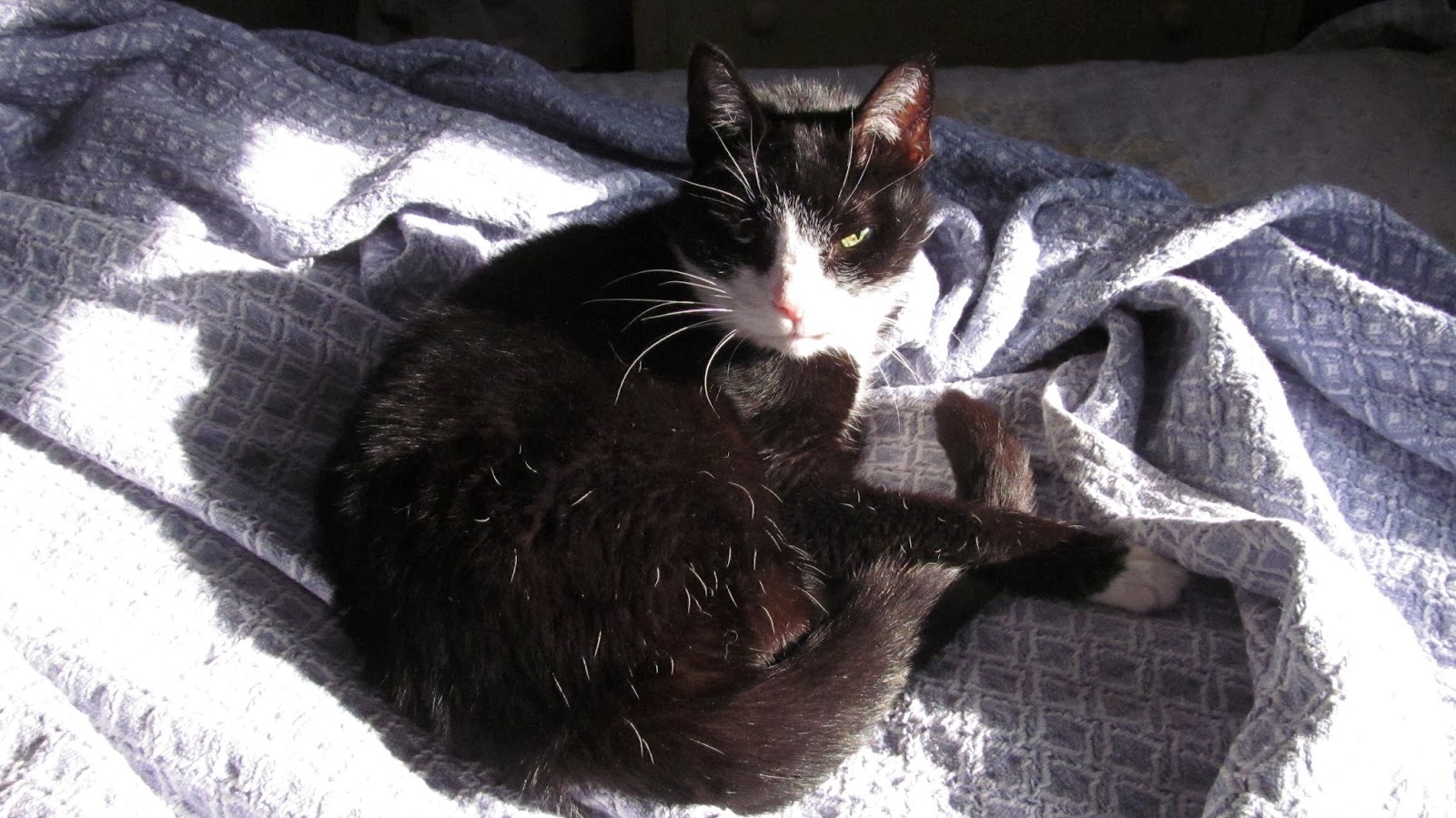 Teddi is our grumpiest cat

When I first heard about it I thought the show was called DownTOWN Abbey and I thought it was a sitcom about a cloister of hip and urban young nuns and their wacky adventures in the city. Boy, was I disappointed.

To tell you the truth I'm not a fan of Downton Abbey. I know that people love it but there's not enough car chases, aliens, explosions, or running gun battles for me. If a show or movie doesn't have enough good one liners like, "Get to da choppa!" then I'm not just interested. But if you like it then that is just great, I hope you love the premiere.

We met her in our Adventure Tails in Part 2 of Kai and Bandit's tale.  One of my friends always catches my movie references... but I stumped him this time with my Dowager. He thought I was talking about the wise cracking Dowager Countess of Grantham from Downton Abbey. But really I had in mind this stunning scene from the  Bernardo Bertolucci's The Last Emperor from 1987. This is how I see Teddi but really she is just kind of an old, crazy bag lady.

Teddi has hated me the entire time she has been here. She had a hard luck story but she is on the upswing for sure. Teddi finally figured out that I'm warm and now she has a use for me. She sleeps with me because I'm snugly and let her cuddle up under the covers.  Her hatred has turned into being just mostly mildly annoyed with me. I consider this a giant leap forward. 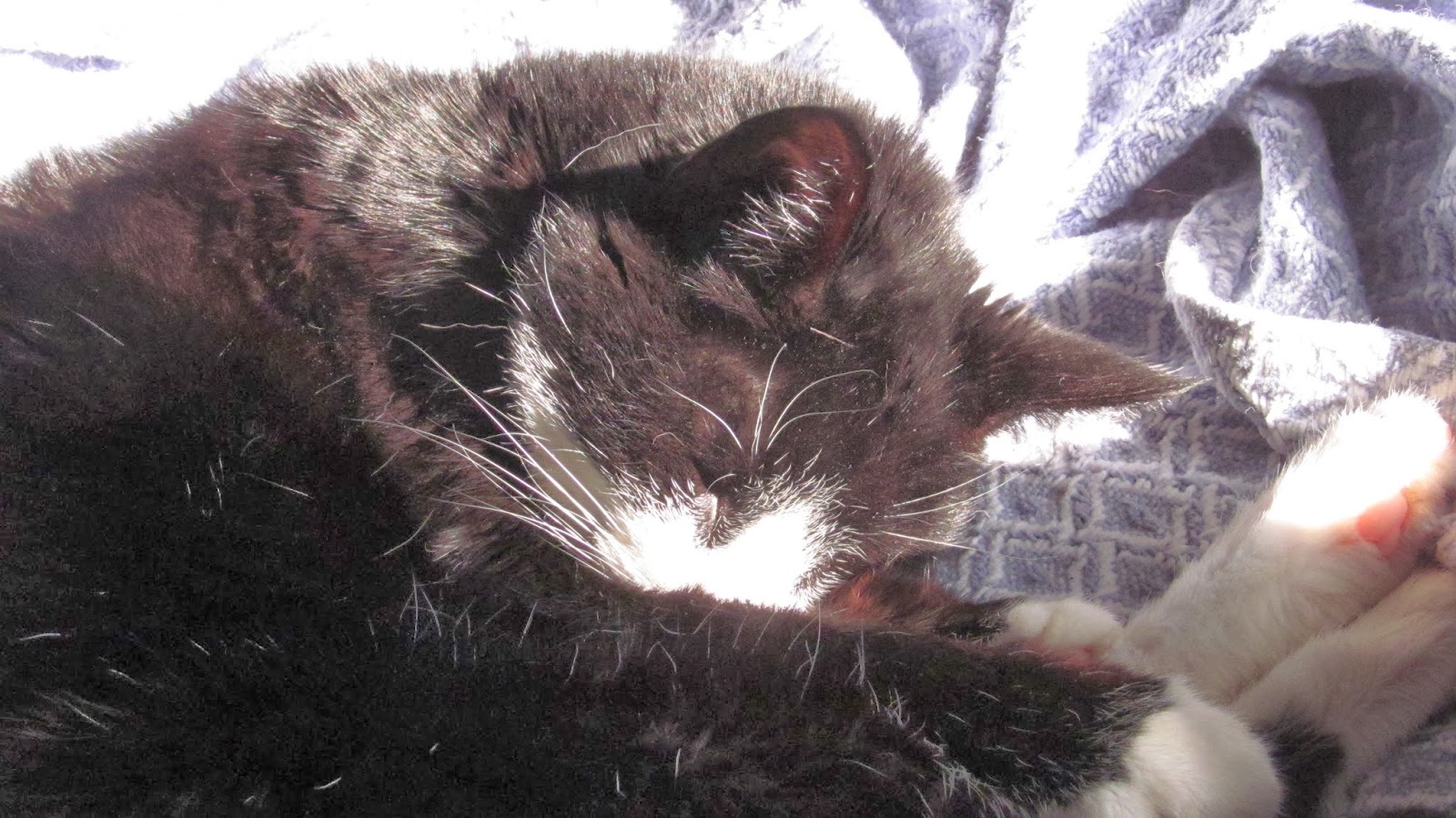 Isn't she cute? We think she is about 93 years old.

We really thought Teddi was circling the drain a while ago. But she has seemed to bounce back. Our Good Vet was really surprised at how well she was doing that last time we took Teddi in to get her tires rotated and her oil checked. Now she doesn't even have that heart murmur. I'd like to think that it's because she's getting so much snuggling.

I'll be doing a lot of snuggling tonite. Our weather hasn't changed yet but we will be having -10* windchills starting tomorrow and it will only get worse. Fortunately for me, and thanks to a pal, I have plenty of action and adventure viewing. So tonite while you are all oohing and awwing over Downton Abbey you can bet that Teddi and I will be watching intergalactic bounty hunters, tales of valor, and all kinds of running gun battles.

Posted by Ohiofarmgirl at 6:22 PM

Don't forget that cats have many lives. I buried one once only to see it setting on the porch a couple hours later, either there were two identical cats or one that had extra lives. I wasn't about to open the grave. Anyway you have a happy kitty.

Don't forget that cats have many lives. I buried one once only to see it setting on the porch a couple hours later, either there were two identical cats or one that had extra lives. I wasn't about to open the grave. Anyway you have a happy kitty.

I'm gonna watch it for the first time. I want to see what all the hoopla is all about. But like you, it won't have enough car chases for me.

SBF - we have a similar story going way back to our grandma. the cat did in fact come back!