What's in your sink? Cuteness!

What's in your sink? Today my sink is full of cuteness: 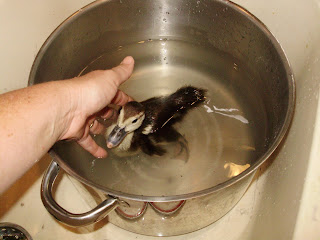 Seriously - how funny is this little one? He needed a little clean up and I didn't want him to get too cold.
Fall fell a couple days ago - hard.. we are so glad. Enough of the heat! Bring on the cool!  The last several mornings have been in the 40*'s and the air has been crisp. We have even had some leaves fall off the trees. 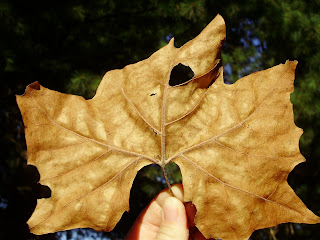 I've been tidying up the gardens. Its time to take up the sunflowers. I've been cutting down the tall stalks and saving up the heads full of seeds. I'll keep the seeds for next year as well as for treats for the hens during the winter. 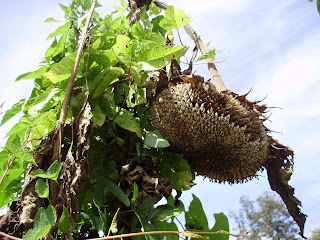 The animals love the cool weather - there has been a lot of goings on out there. And its dark by 8pm so we've had to get an earlier start with evening chores. Even The Rooster Crew wants to go in.... makes it much easier to get everyone shuffled in and bedded down. We think someone has replaced our guinea hens. Both Bob and Roy have run directly into their coop the last several nites. No wild chases across the neighbors yard or anything. I think something is afoot. 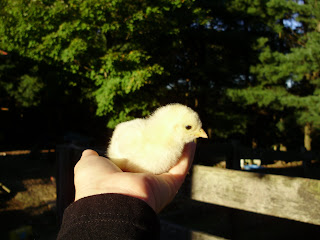 This white chick is huge compared to the others. He's got a splash of grey on his wings.
The last couple days have been a little frustrating. We've had some wins and some losses. The worst loss was last night. We found a strange dog down toward the pond... eating one of my favorite laying hens. Poor Pebbles just didn't deserve that at all. She was an older hen - one of our original five. We saw the dog trotting off...it wasn't the Bad Neighbor's dog...it was one from down the road. I do not understand people who let their dogs run loose. Looks like we'll be doing more fencing.

For now, I'm gonna start another cheese before I head out for evening chores. We sampled one that we made earlier this summer... I think it might just work out.
Posted by Ohiofarmgirl at 5:08 PM

Shh... you're not supposed to tell!