11 Things You Don't Know About Me 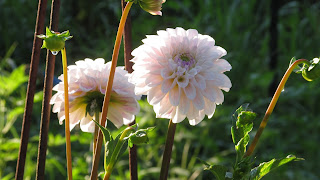 1.  I don't like strawberry ice cream, sushi, or baseball. I'm completely unapologetic about this.

2. I'm not as drunk as you think I am. The fact is, one drink is my limit. I honestly don't remember the least time I "went out for a drink" to a bar.  I've never gotten thru half, or even finished, a beer. I'm a terrible drunk... not an "I love you man," drunk at all... but more like, "You know what your problem is?" People think this is hilarious until I start telling them what their problem is.

3. I actually like to talk about politics... but not the way it happens on social media. I'm not sure why everyone goes directly to name calling and tearing down the other side instead of talking about what they support. It is actually possible to be "for" something and not really be against something else.  I'm dreading this election season because of the terrible way folks are going to start treating each other. 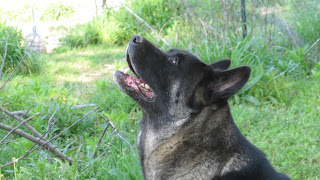 In a million years I would never have guessed that this 130lbs of dog would be mine.

4. I used to be a cat person. I never understood why anyone needed a dog. Ever. Now look at me.

5. I sound very bossy, but that doesn't mean I want to be the boss of you. I just don't want you to be the boss of me. I learned a long time ago that speaking quickly and with authority gets you a lot of places. 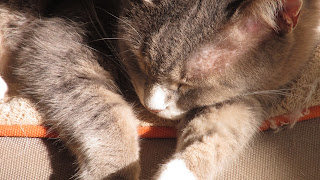 I can't get enough of Little Mo's sweet face and his Mickey Mouse paws.

6. Little Mo really is my chief of staff. He's the one responsible for most of my typing errors - he likes to walk across my laptop.

7. The one thing I really miss about my former life is the ocean. There is nothing like standing where the ocean meets the shore and the smell of the salty sea.

8. There are almost always dishes in my sink. I don't even care.

9.  I don't have any nostalgia for my childhood. All I ever wanted to do was be an adult and be responsible for my own life. Now that I am my maturity level has tanked.... I have the sense of humor of a 12 year old boy.

10. Music isn't important to me. I know... I know.... I think I just lost several friends by saying that. I'm just not very artistic. I love people who are but I'm generally not moved by music. The only time I listen to music is when I'm driving and that isn't very often. I'm happy to sing along with country music...even if it's bad. *shrugs*

11. I go thru life thinking that everything is "the best ever." This sandwich is the best EVER! That movie was the funnest EVER! Ohmigosh, this is the Best Day EVER!   Not because it qualitatively or quantitatively is "the best whatever"... but because of my generally positive attitude. I'm not a fault finder or nitpicker but I used to be. It was exhausting. So I gave it up. Now I'm just usually happy and grateful for whatever is going on around me. This drives unhappy and/or particular people nuts. In fact, it gives some folks a twitch in their eye.  They think, "But you said that about the last bowl of ice cream! How could this one be better! It's the same one you had last nite!"

It's not about that thing - it's about how you view the world.  I think folks would be happier if they just stopped evaluating everything and just be glad for what is going on around them. Happiness is a choice. So choose it.

And now I'm going to go and make a fried egg sandwich... with a big tomato slice... and it's going to be the best fried egg-n-tomato sandwich EVER.

Happy Friday everyone!
Posted by Ohiofarmgirl at 8:42 AM

Feisty, but in a good way! Have a great day!

thanks, Ian, always great to hear from you.
:-)

I harvested a whopping 4 less than palm size tomatoes yesterday and 3 very sweet pea pods. I showed them to my husband announcing "harvest 2015". We both smiled-
what a great day!

hey Sherri a win is a win! yay!

Hope this day has been your best one ever!!! Nice blog, OFG, and you made me feel a lot happier when you mentioned the plates being everlastingly in your sink and I shall now try harder not to give myself guilt feelings when I get up in the morning and the first thing I see when I am in the kitchen is the washing up bowl full of greasy, cold, unwashed plates left over from the day before, and even the day before that sometimes! Vx

hey Vera! and yep.. i just do the dishes the next day. i dont even care. my position is that after making dinner i just want to sit there and enjoy the nite. and yes this has been the best day ever!