Fixing up the greenhouse

Even tho there was some damage, I was surprised at how well my greenhouse did over the winter. We had a couple really windy storms that ripped one of the plastic sections. 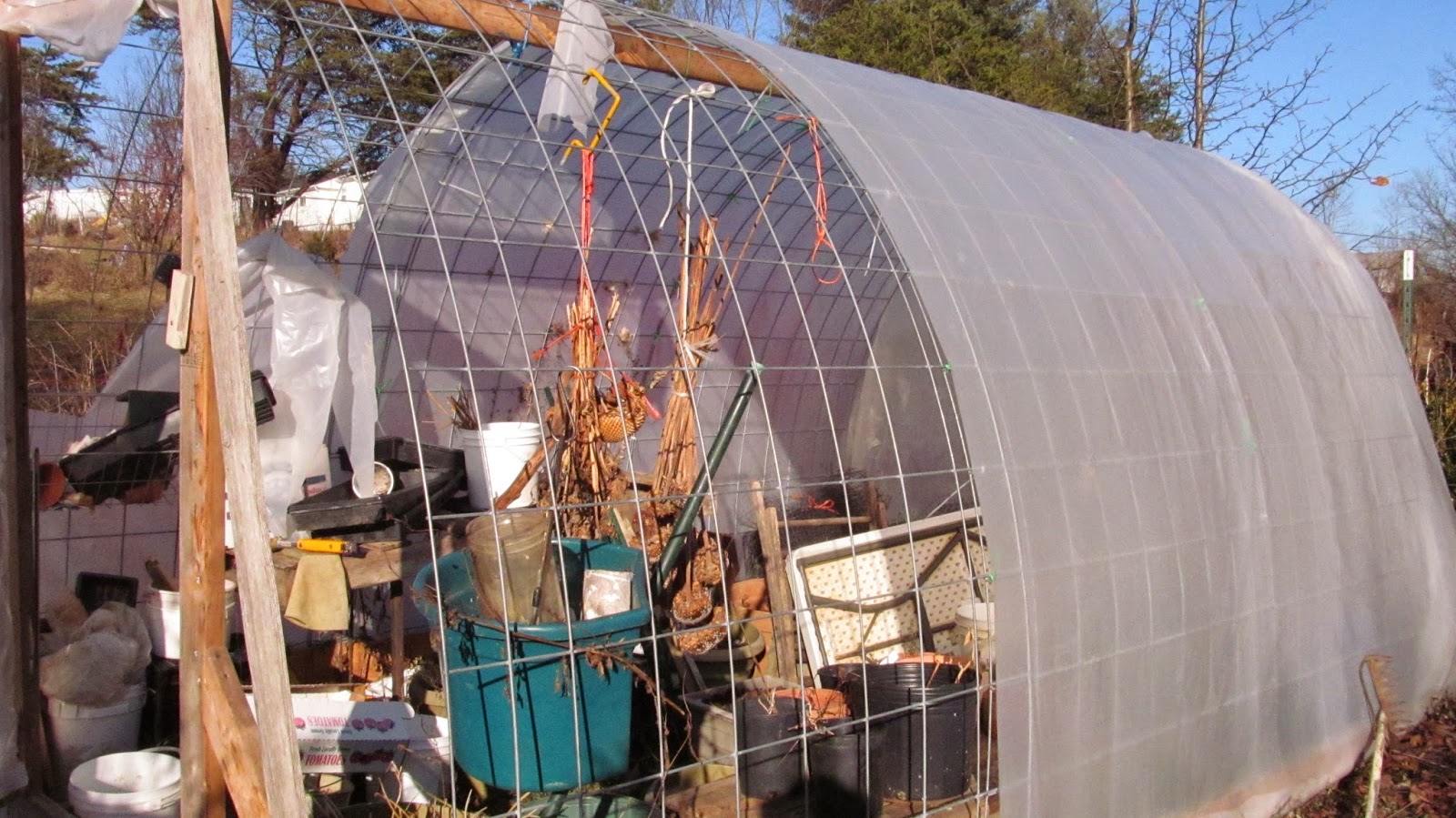 The first section of plastic had entirely ripped off. I stored a lot of stuff in there and needed to get it covered back up. Mostly it was tools but I had a lot of potted up plants I wanted to protect also.

While we were in the worst of the weather we just took some used plastic we had laying around and tacked it into place...but then one more storm came along and that got ripped off also. Yesterday I went and got some new plastic and fixed it for good (you can see the more detailed 'how to' here).

When I say "for good" I mean... for now. I still want to get some commercial growers quality "greenhouse film" but that will take a while to get here and it's pretty expensive. My $25 fix was fine for now. 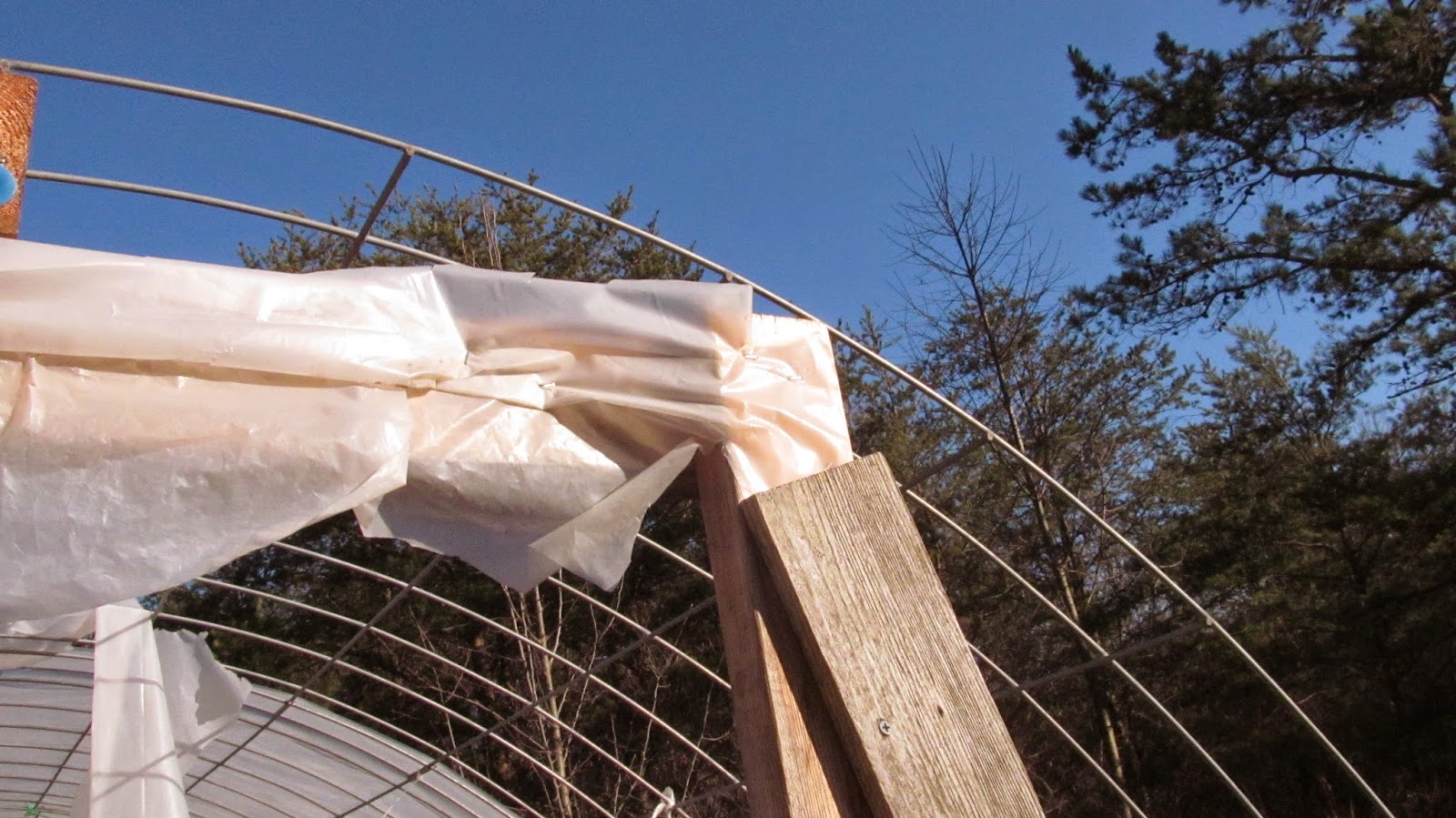 You can see how there is not a lot of area on the top to secure the plastic.

All I needed to do was to remove the ripped plastic and replace it with the new stuff. It only took a few minutes and most of that time was me wandering around trying to find my tools. 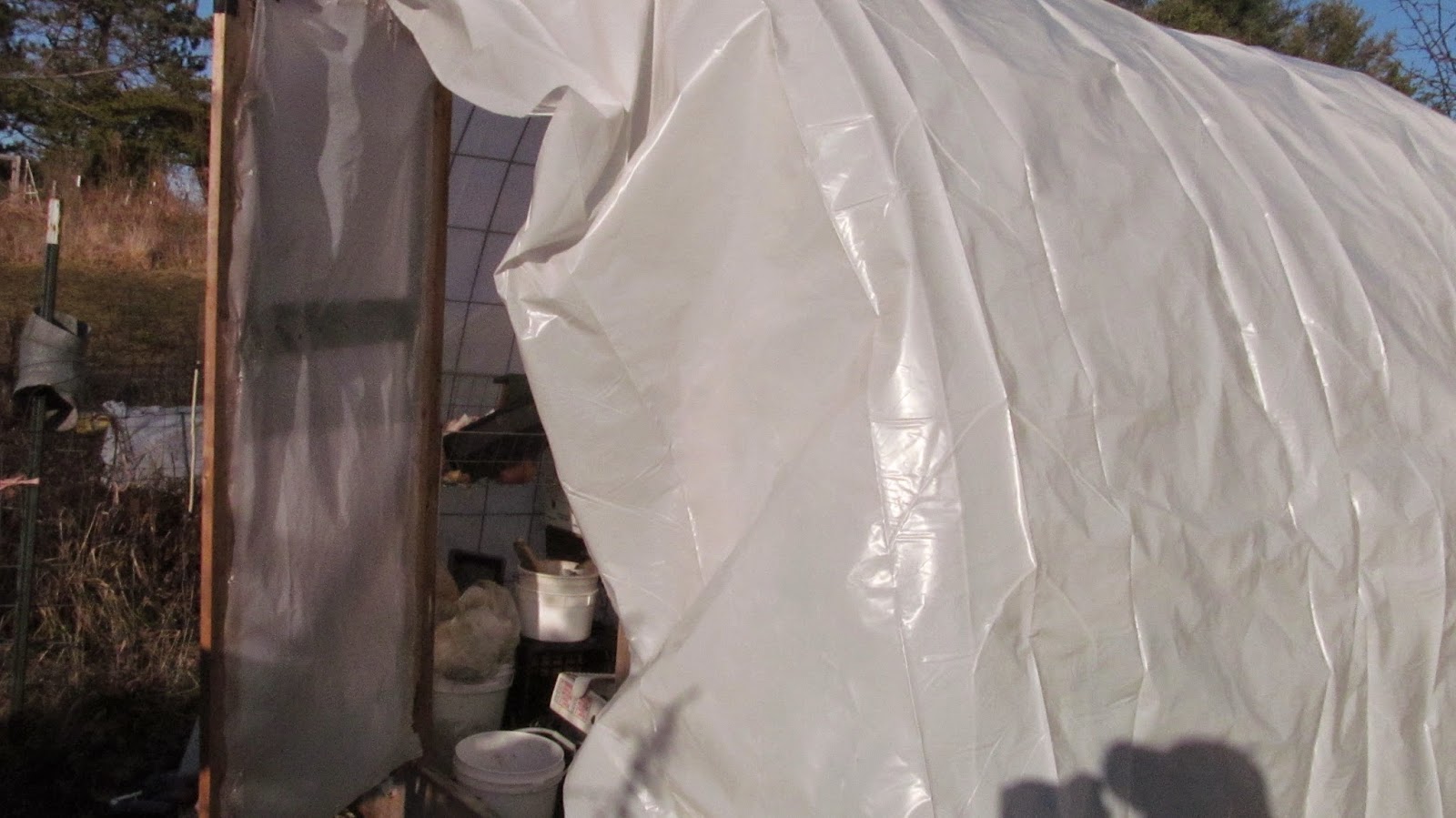 I loosely fitted the plastic before stapling into place. Hey look! There's me!

It's actually an easy project even for one person. I unrolled the plastic a little and ally-ooped the rest of the roll over the top of the greenhouse, cut to fit (generously), and stapled it all into place. 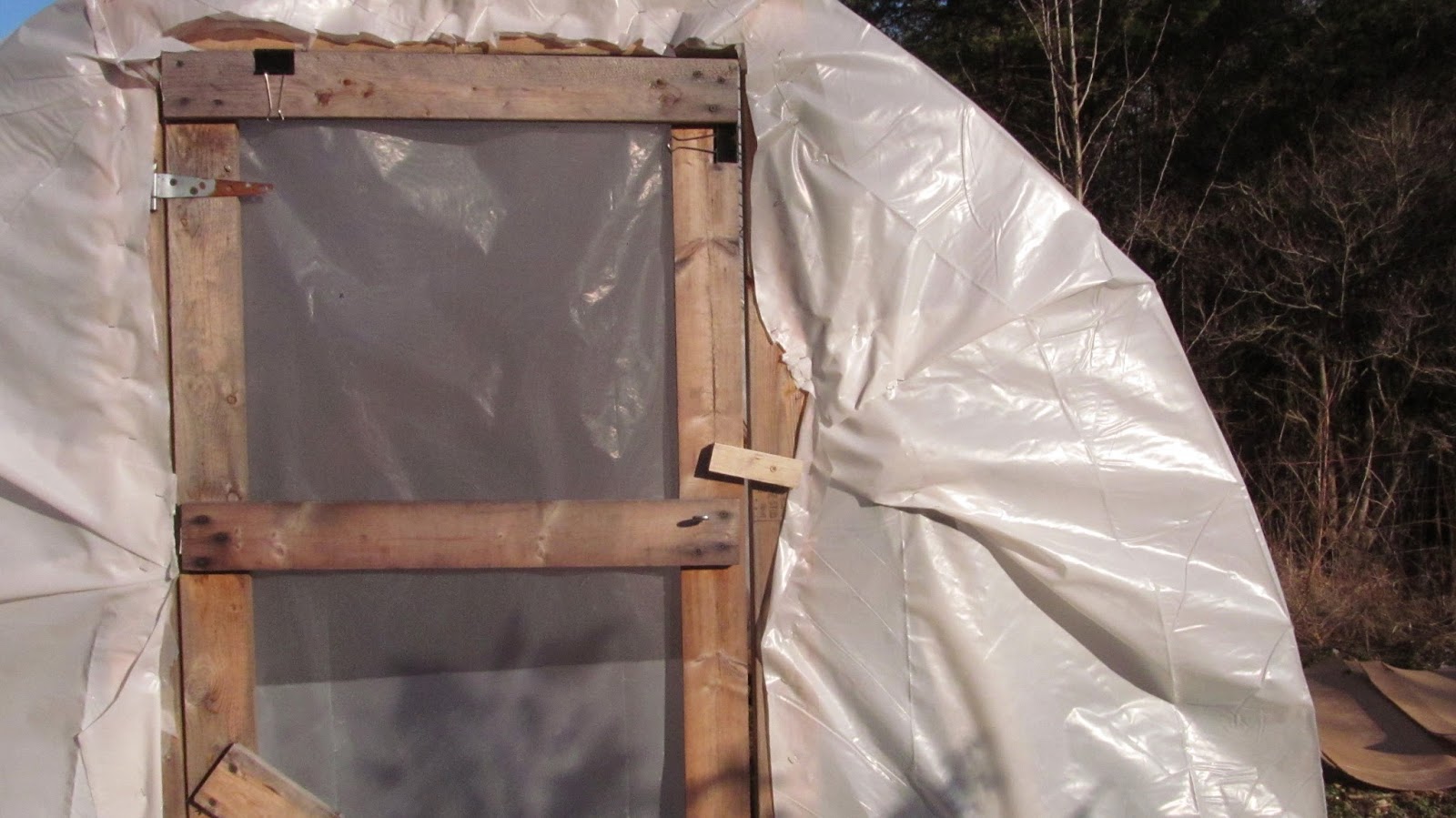 Probably not the most elegant job but it worked! And the door is back on it's hinges too.

The only difficult part was folding the plastic to fit around the door-end of the greenhouse. I pleated it the best I could and tacked it into place. I also had to put the door back on it's hinges - the wind ripped it right off.

So now I'm ready for action. We keep wondering if that was it for winter and now we are just going to have a mild stretch until the real spring shows up. Yesterday was glorious. I was outside with the dogs working on some clearing in the upper garden.  I was also trying to kill "Cousin It" which is a wisteria that is completely out of control. I have a feeling that fight will be ongoing.

I'm glad I got the greenhouse fixed up because we had some rain earlier and we'll have some again over the next couple of days. But for now it's (mostly) dry so I'm going to see what I can get done outside. Mostly just clearing but I'll take it.

Happy Wednesday everyone! Are you fixing your greenhouse or working outside?

Posted by Ohiofarmgirl at 9:40 AM

Jan 21 and you thinking that's it for winter? You sure are optimistic! Up here we're 3 months out!

It's 33 here. I still haven't figured out where to put a greenhouse, but now that I'm home on the farm again, I'm assured I can get one. I hate going to the grocery store but in northern Wisconsin, it is hard to get a good garden in to such a short growing season. The earlier start, the better. Thanks for economical idea for a greenhouse.

Its 39 here in the shade. That's 39 Celsius. Pant Pant Pant... I just walked into the factory and looked at the boys and gave up. Its not like any work is getting done. I've plied them with cans of coke and ice blocks this week but i feel a mutiny coming on. The factory is too big to cool.