A little frost, onion sprouts, and a leek in the wrong place.

I was surprised to see a little frost out there this morning - no one said anything about frost! We did not have any warnings so I was very glad that, at the last minute, I covered everything up again last nite. Good thing too! 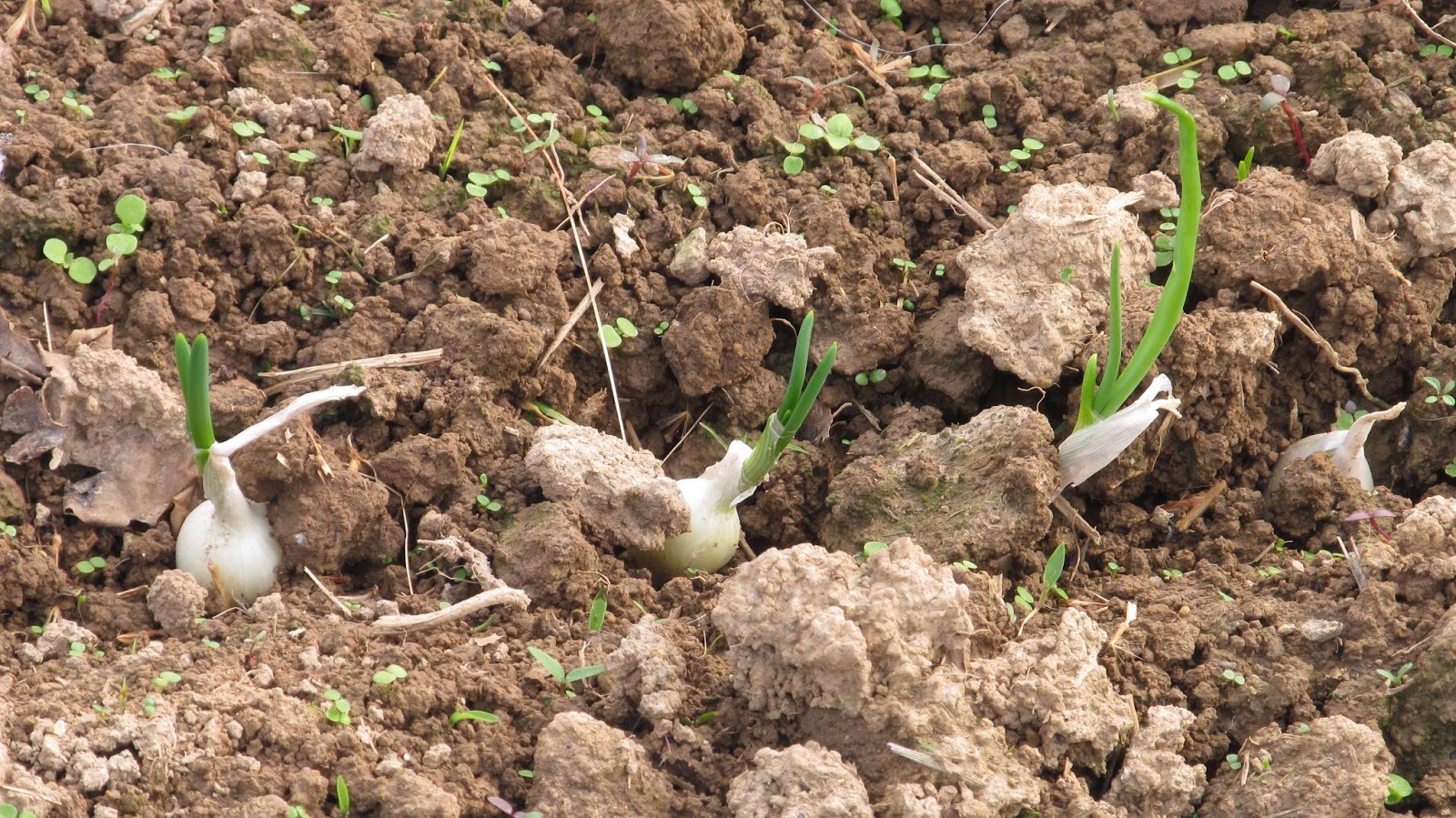 Onions. Look at those sprouts!

In the meantime the onions I planted are starting to sprout up.

They are intentionally planted very close together - I'll thin them out as we go along thru the growing season. I'll use them in salads and such. I'm just glad to see a little life out there. And you can see that I need to do some weeding this morning. We had a good soaking rain on Saturday and now nothing but clear skies for the next week at least. 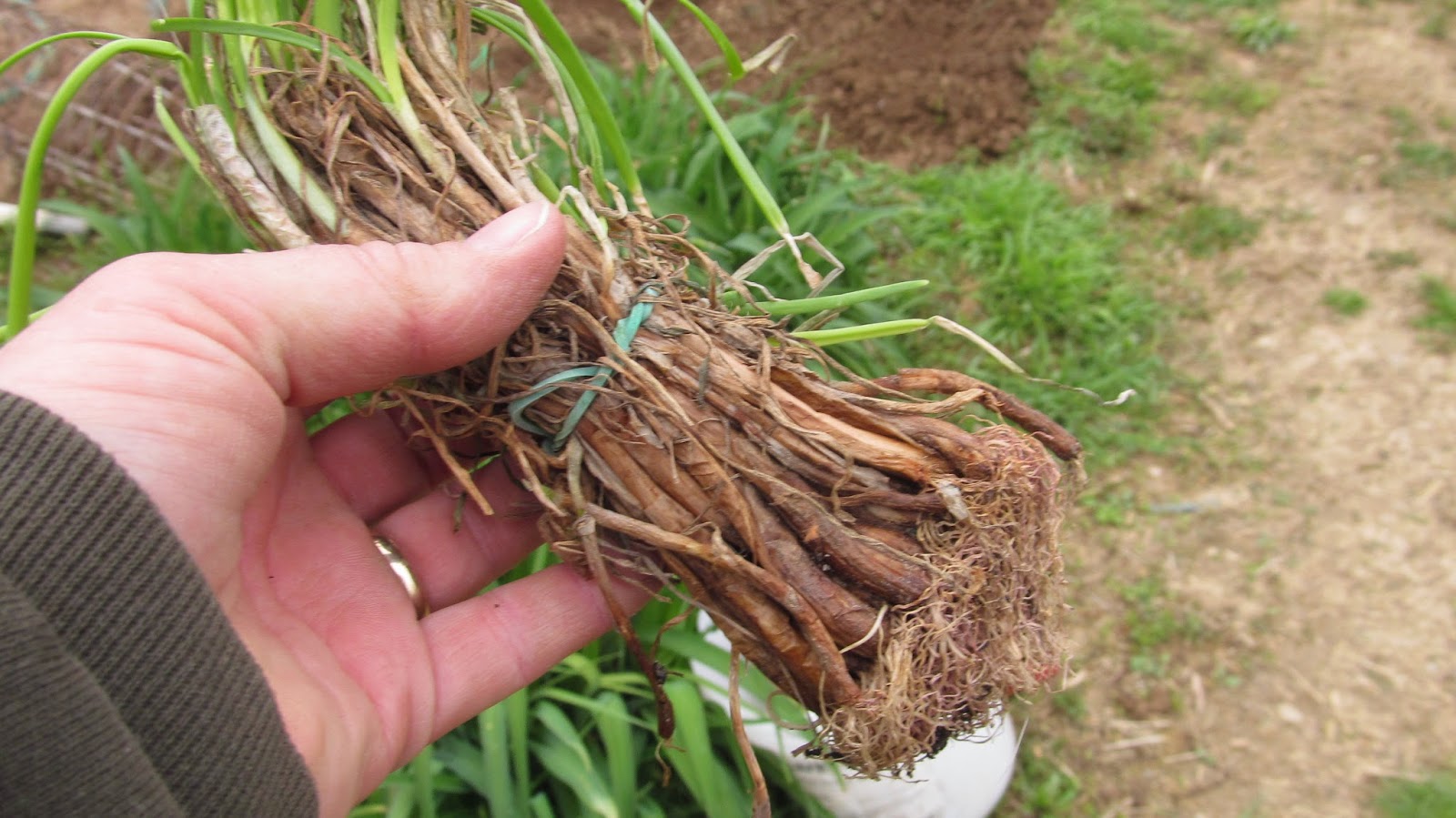 These are leeks and not onions. Now they are in the wrong place. Drat.

I woke up this morning with only one thought. That was, "I put the leeks in the wrong place." At the last minute before the rain started I grabbed my last bundle of "onions" and put them in the upper garden. Then didn't think about it again. Until this morning when I suddenly remembered that they weren't onions at all but leeks.

I put them in the wrong place. Well, I'm sure they will enjoy their wrong spot now. I'll see how they do.

Speaking of leeks... I mean.. leaks... Thank heavens we do NOT need a new roof. We had a leak and couldn't figure out what to do about it or where it was coming from. Initially we braced ourselves for having to do some work on the roof - or our big fear - to get a new roof entirely..... but then thankfully The Big Man figured out that it was just a drip under the kitchen sink. It turned out to be a $7 fix.

Every day I'm grateful for my husband. He's good with stuff like this - I'm good with other things. We both had different leeks/leaks to deal with this weekend. Mine are in the wrong place and his is perfectly fixed.. and it all worked out.

Lucky you that you are able to start planting. It is still too muddy for us to get out there. *sigh* I want to plant.....something! Today I will go plant my new Peach tree. YAY for peaches.

Well at least you are planting something! Here nothing is happening out on the veg plot at all, but the pigs keep digging it over so at least the weeds are being kept down!

them there are a lot thicker than the leeks I put in, sure they are not sweet onions? possible mislable?