I can't believe I had to turn on the heat this morning! Baby, it's cold out there. Good thing I moved all the plants and seedlings to protected spots. 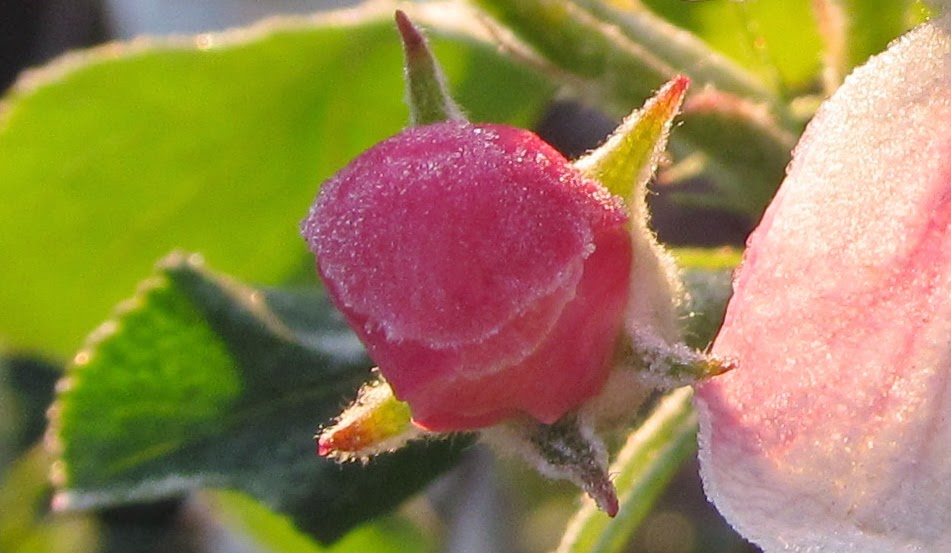 Do you rush the gardening season? Sure, I do too. I figure the worst thing that is going to happen is that I'll waste some time and a little money. At most I'll be out $11 for a flat of broccoli and a couple bucks for some seeds I already put out there - but if it pays off then I'll be a couple of weeks ahead for home grown salad. I'm dying for fresh salad. I'm sick of store-bought salad. I'll take the risk.

To me it's not much of a gamble... I've been to Vegas. In fact, you could say that I've almost burned Vegas down.... so I've lost a lot more money than what I paid for a flat of broccoli. 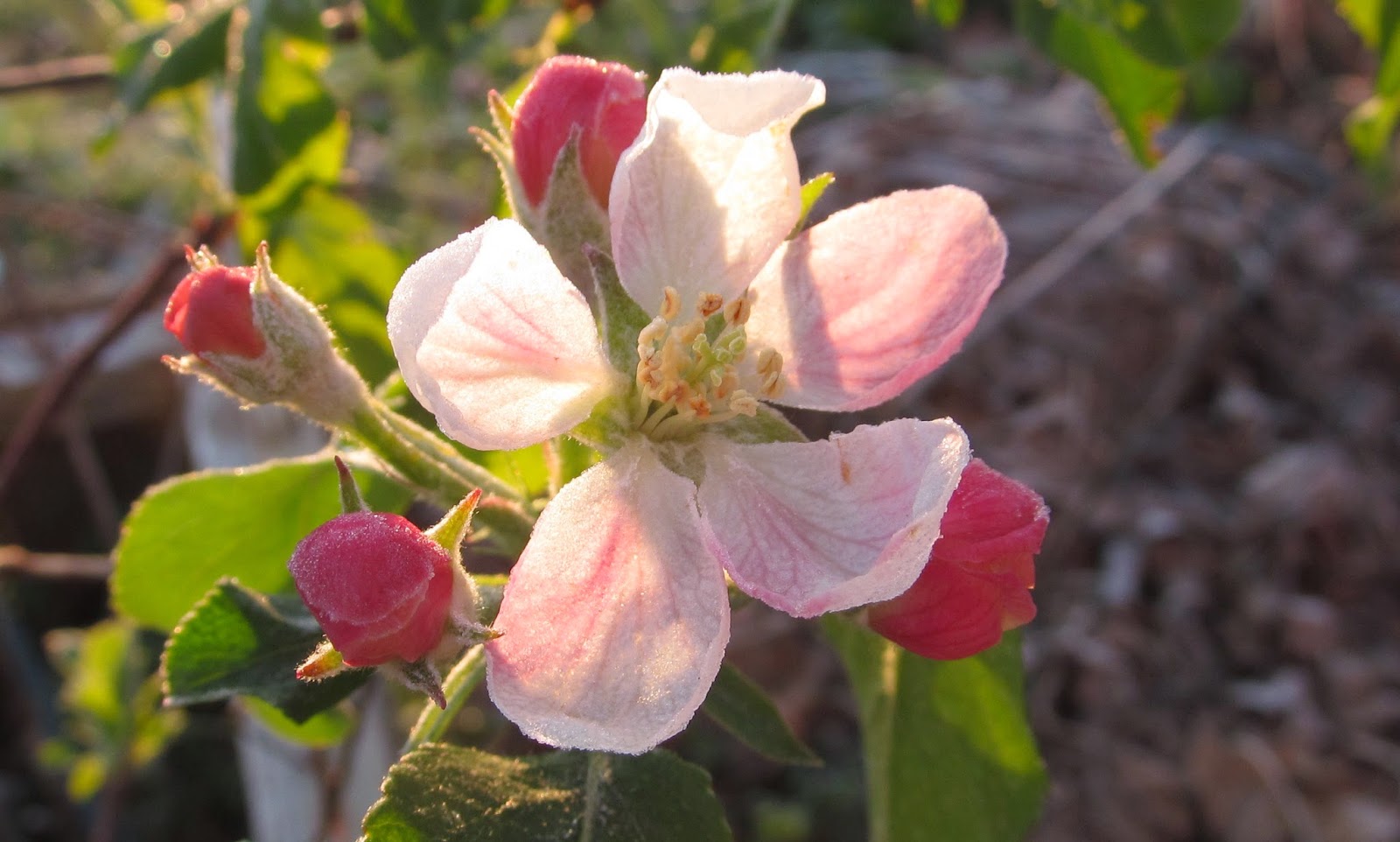 I'm hoping this apple blossom will be ok.

I'm not sure why some gardeners are so critical about us "season rushers." I'm excited to get out there and work and if it pays off then great. If not, that's fine too. We just take some precautions and hope for the best.

Tonite will be even colder so I'll take even more of the flats into the basement. Then it looks like we will be back on track.

Happy Thursday everyone! Are you getting  frost? Or a freeze? Did you get everything covered up?

Will it work? I dunno... I hope so. If not then I'll just shrug and start over.
Posted by Ohiofarmgirl at 8:17 AM

We got a frost, but I had moved what I could to the garage. Brassicas and alliums all OK. Lost 3 basil plants. We should be out of the woods after tonight.

great work, Dave! everything out there seemed fine this morning. and yep - if we get passed tonite we'll be home free!

My tomatoes are still in the house, I have put them out a few times when it was actually warm enough. But I did plant my onions and peas, so I will consider the snow we are getting as our onion snow.
I am so ready to play in the dirt and sun!

We just had a major snow after +77F

We kept a fire going in the wood stove all day yesterday and it sure feels good this morning. A local greenhouse starts my seeds for me and the delicate stuff will stay tucked up there until May 15. But my onions and peas are up. I've noticed brown tips on the baby onions. You suppose that's frost damage?

The most amazing survive-the-cold story is my earliest lettuce: I have a bed just dense with the stuff from summer lettuce that went to seed. Sometime in February it sprouted and has continued to grow through southern PA's late, cold spring. Yay, Mother Nature!

and.... I failed - listened to the weather and not my intuition - lost all the peppers and eggplants and rest of tender herbs. So we do it again.

The greenhouse is a mom-n-pop operation just down the road from me. I just asked. For me, they don't do pricking out and transplanting into successively bigger pots the way they do for retail. I just get a flat of tomato plants, say, all crowded together. But it's very cheap, I've never had any trouble with survival rates and, best of all, I"m free of the rigamarole.