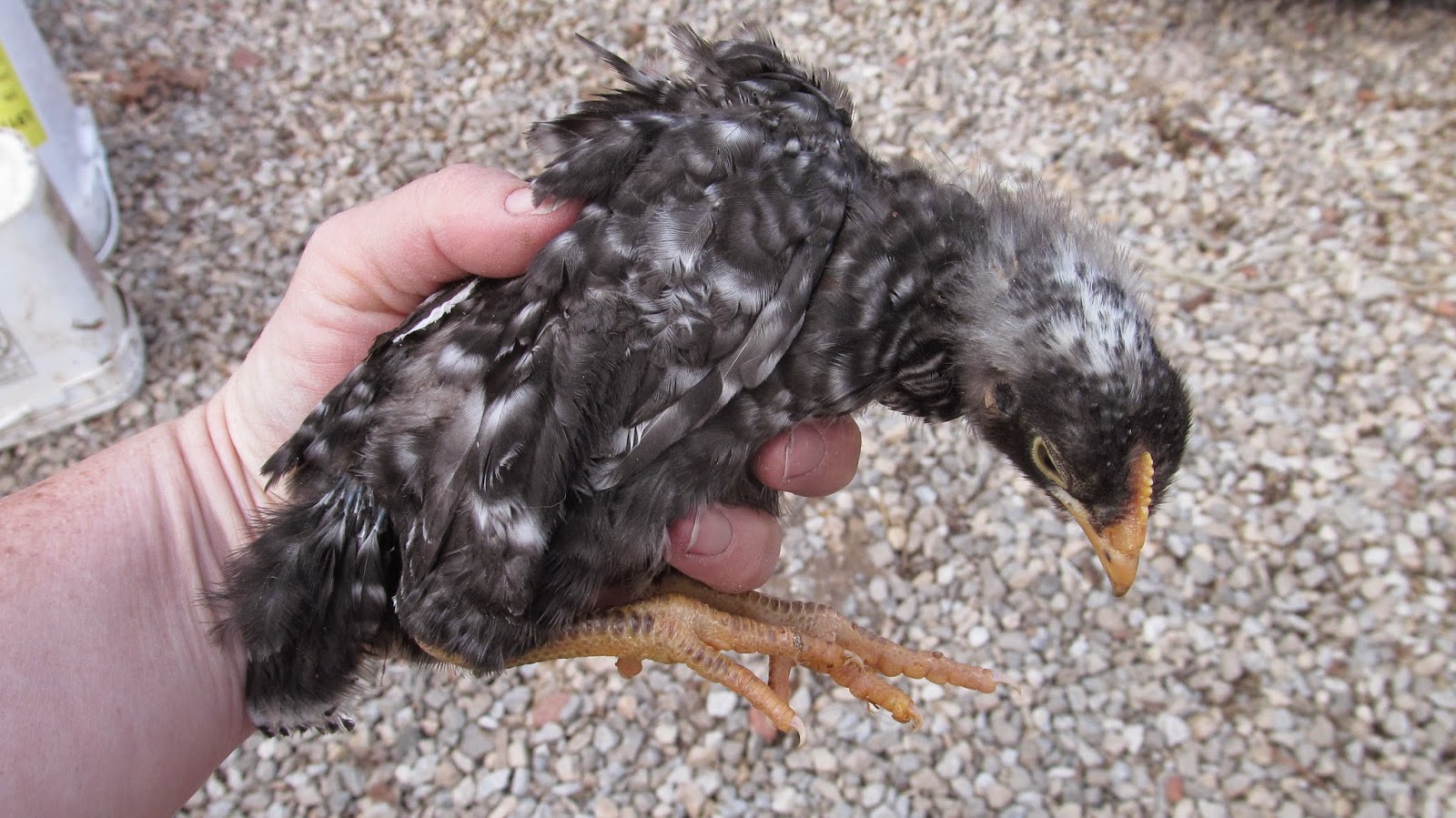 One of the barred rock chicks. A normal chick. Sorry for the awkward chicken. She was squirmy. 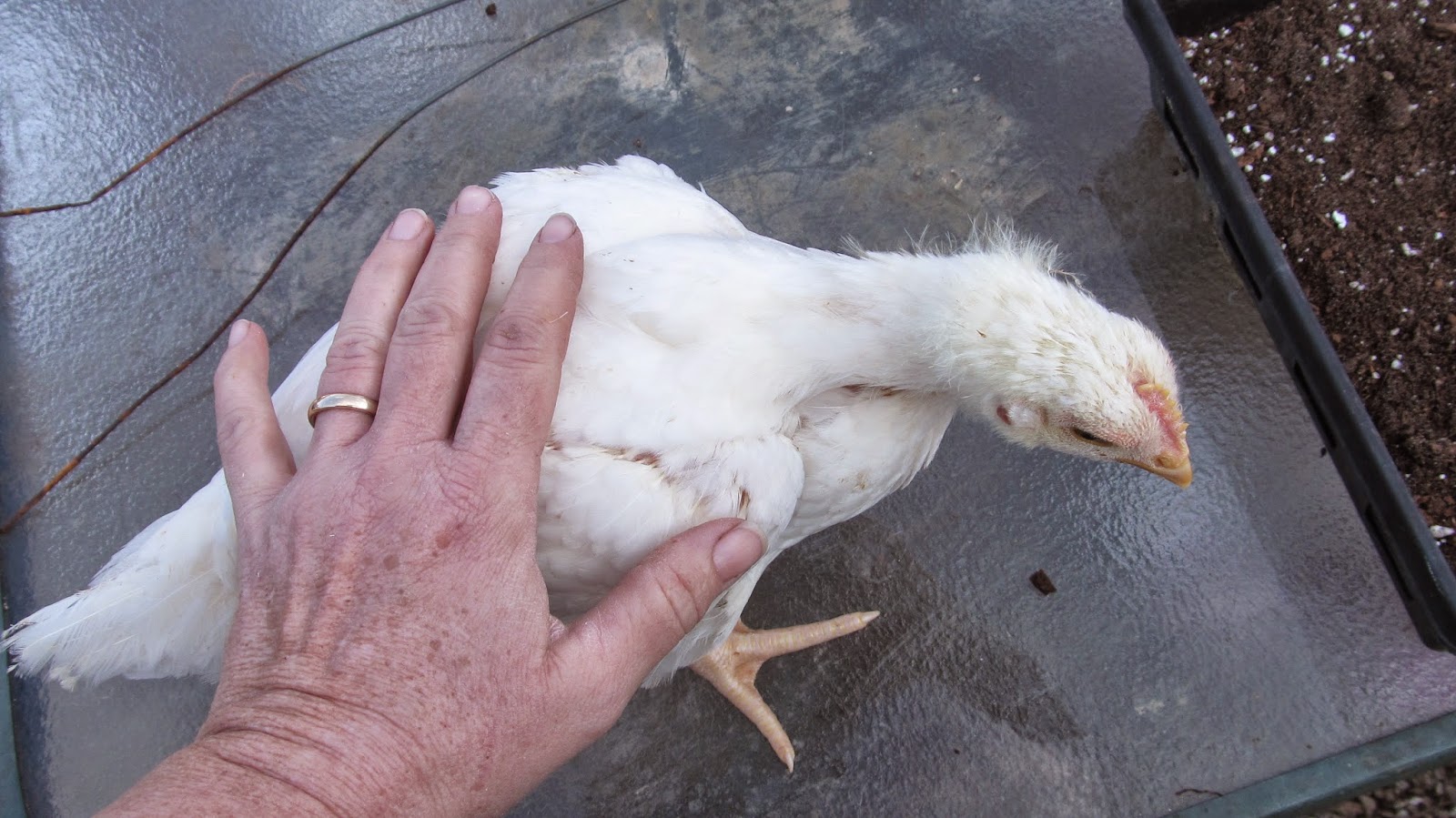 And this is a Creepy Meat. Wow. I couldn't even hold him with one hand.

Technically this fatty creepy meat is about at the halfway mark. You can butcher them at 7 weeks but we'll probably let them go longer than that. We will also start letting them go outside in about another week or two. 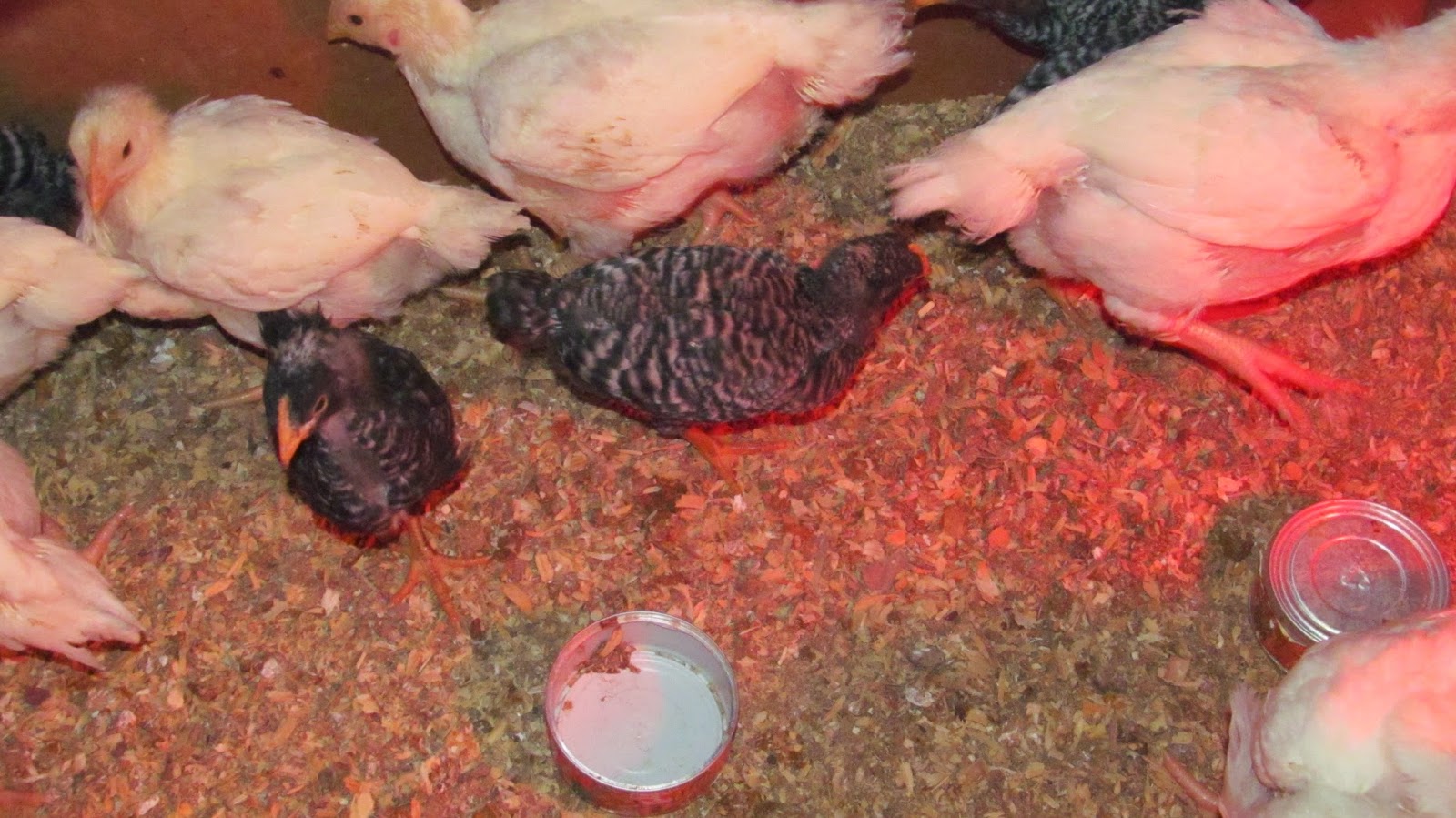 Check out the cat food can for scale. Wow!

Right now they are outgrowing their brooder...but the regular chicks aren't. So I'll move the meat chix to a new pen. I'm also keeping my eyes open for more Cornish Crosses at the feed stores. Most of the feed stores around here said they will have chicks until the end of April. However, Rural King said they have chicks thru October! Who knew!?

So far we have gone thru one 50lb bag of feed. It's about $15 here. Just in case you wanted to keep track. 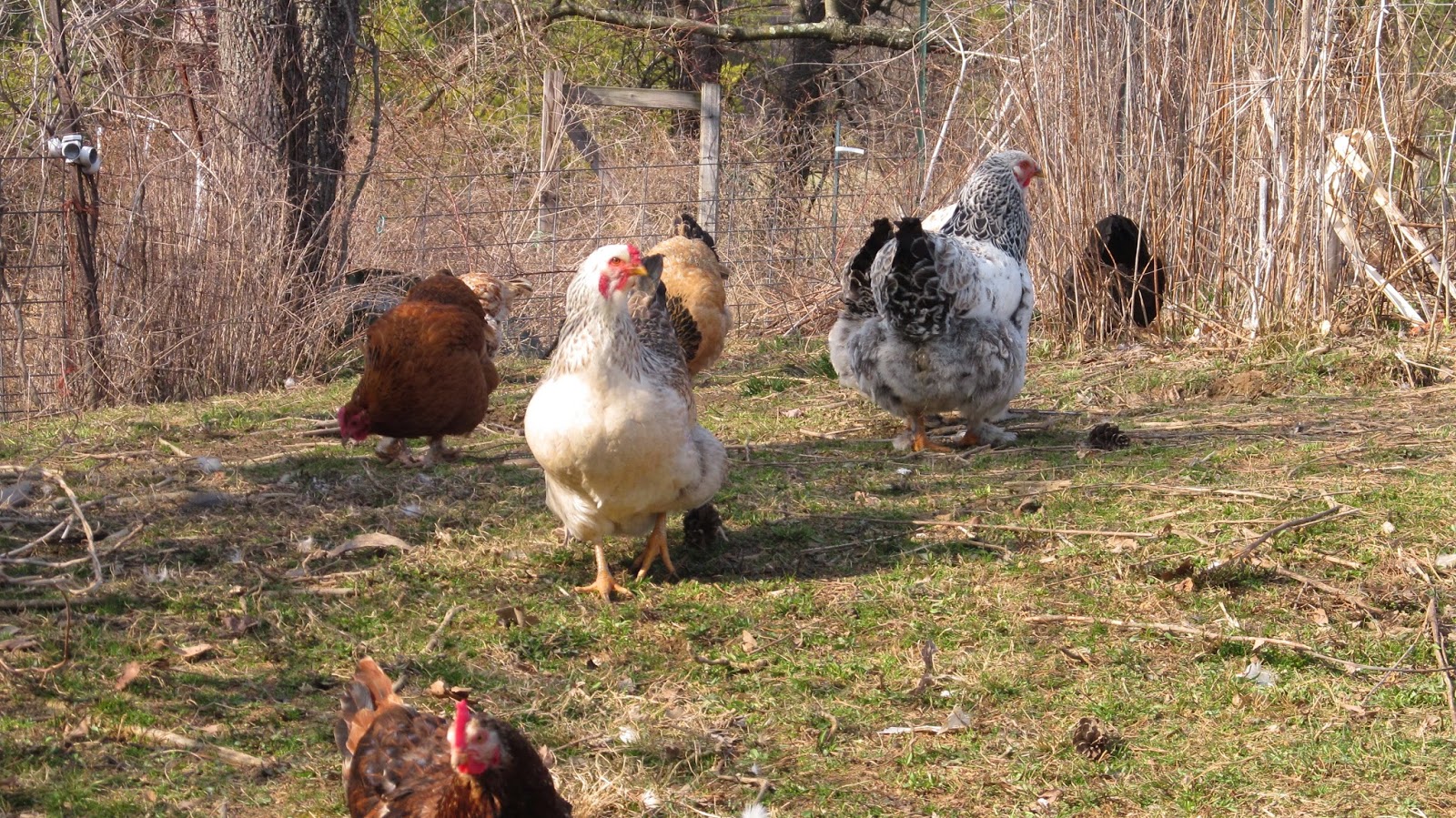 Real chickens clucking around in the sunshine.

Posted by Ohiofarmgirl at 8:41 AM