Stories like this make me really glad we have a gate...  Did everyone see this hubbub about the guy who lets folks come to his farm for tours and birthday parties? Turns out some gal showed up and very nearly had kittens over the farmer's plan to make meat from a cow. 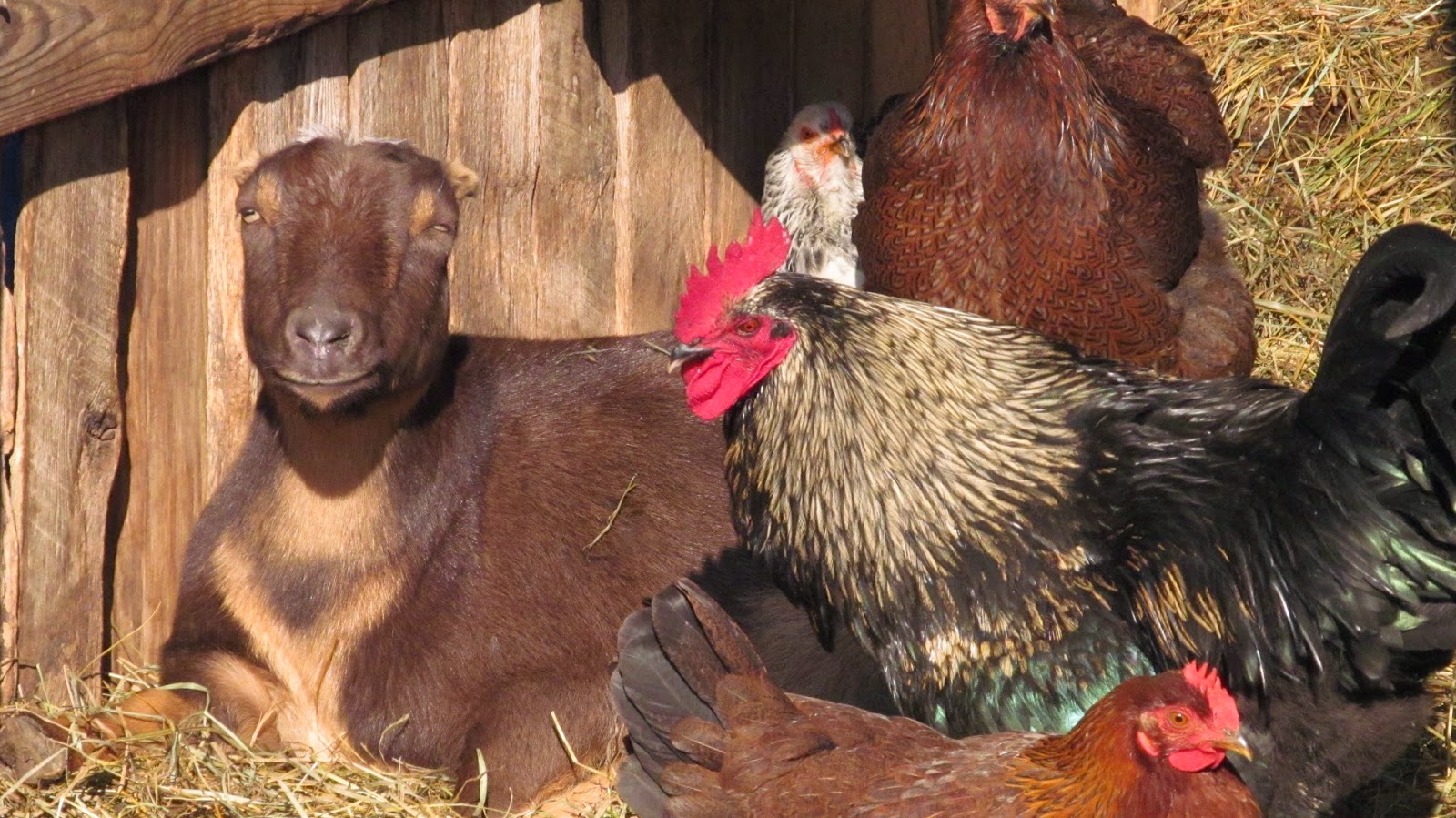 Quick! Someone please save Nibbles! Can't you see how abused she is!?!

So she got a bunch of folks together to protest it. The protesters want the cow to be moved to a sanctuary instead of going to butcher.  I can't find the link now of her phone interview where she was telling the reporter that the farmer should just go to Whole Foods like everyone else and buy his antibiotic free beef there. I'd laugh if this wasn't as serious as a heart attack. Can you believe it?

So the farmer, Mr. Benner, moved the cow off this property. Yep. Minnie the Cow is on the lam.

Mr. Benner was also being harassed... but he was also getting a lot of support as shown on the farm's facebook page.

The lesson here is if your big plan is to move out to the peaceful countryside, start a farm, and let everyone come on over to see your cows, pick berries or beans in your U-pick fields, or have their wedding at your place.... you might want to add a line item in your budget for "legal defense." Justice is expensive, folks, and defending yourself might be something you haven't thought about. But you should.

We never let anyone on the property and spend more time than we thought trying to keep people - and such - out of here.We are constantly annoyed...and surprised.... at the sheer numbers of fools who want to just show up here and look around. No. The answer is NO. You may not come over. Do not come thru the gate. Stay off our front field.

One of my friends deals with this also. She said the worst case of people coming on her property was when someone intentionally showed up and put her buck rabbit in with her does. She never found out who it was but there was a lot of babies bunnies after that. And no it was not funny at all. Maybe it was a little funny....but not to her.

Moving the cow off his property was a great idea.... You never know if someone would have tried to take the cow. Undoubtedly someone would have ended up getting hurt. Sure that cutesy-putesy cow is adorable until she gets startled and starts swinging her head around. Or if someone tried to get her in a trailer and got kicked. What farm people know that other people don't is that the barnyard is not one big petting zoo.

Livestock can be big, mean and dangerous....even if they aren't trying to be. Any animal can have a bad day. Well intended, but stupid people, can find out the hard way that rustling someone's cow may not only be a hanging offense, but a really really bad idea. It's pretty bad when you have to make considerations for this kind of thing.

Sure it sounds like a fun idea to have folks out to enjoy the country ... but you never know who is going to call animal control because your pigs are in the mud. Or your ducks are outside in the rain. You might think that all's you're doing is living your life but now anyone can plaster your name all over social media and create some kind of protest.

People are crazy, friends, so think hard before you open your property up to scrutiny. As for me, I think Mr. Benner was very wise to stand his ground. I hope that cow is delicious and it tastes like victory every time he has dinner. I'm very glad to see someone stand up against the crazy people in this country who are offended at everything.

Happy Sunday everyone! Were you fixin' to have folks come to your farm? Do you have the name of a good attorney?  Times are crazy, friends.

We've got a 'mind the dog' sign up. He's only a poodle but will (thankfully) nip ankles when protecting us and ours. Keeps everyone out!

We love livestock. And we eat livestock. Problem comes when the line is crossed and people mistake livestock for pets. Don't let folks onto your property. Problem solved.

Oh well said, OFG, well said. Frequently I have had to justify why we do what we do. However, should things go wrong in the commercial food chains, then those same people would be hot footing to us in the expectation that we would feed them.

Are you gonna eat that baby lettuce? That's not fair, it should be able to grow and bolt and go to seed, not have you savagely dress it in dressing. And don't get me started on the baby carrots, sooooo cute.

good for you, VM! we keep our 'no trespassing sign' shined up.

The funny thing tho, Vera, is that they probably couldnt cook real food. Ha!

I do have to say these farmers made a huge marketing mistake in making Minnie a star of their farm. And OFG, keep that gate closed! I'll have a big gate once I get my mini farm. Even here in the suburbs, I have a 6' wood gate to keep noisy people out of my backyard and away from my dogs.

Jeesh, just when I think this world can't get any weirder...

What the??? What made this cow so special compared to the ones that end up in the supermarket? Man there are some crazy people out there.

Like you said, would be funny if there wasn't a very serious issue behind it... My friend once told me about a woman who wouldn't raise her own tomatoes because they would be grown in dirt... not sure where she thought supermarket tomatoes come from... Or the people who think we should build a fence to protect zebras from lions.

It's honestly baffling for me how someone comes to conclusions like these. "Let's take everything that works and has been working for a very long time and do the opposite"