This is what happens....

This is what happens when you don't pay attention at the produce auction. 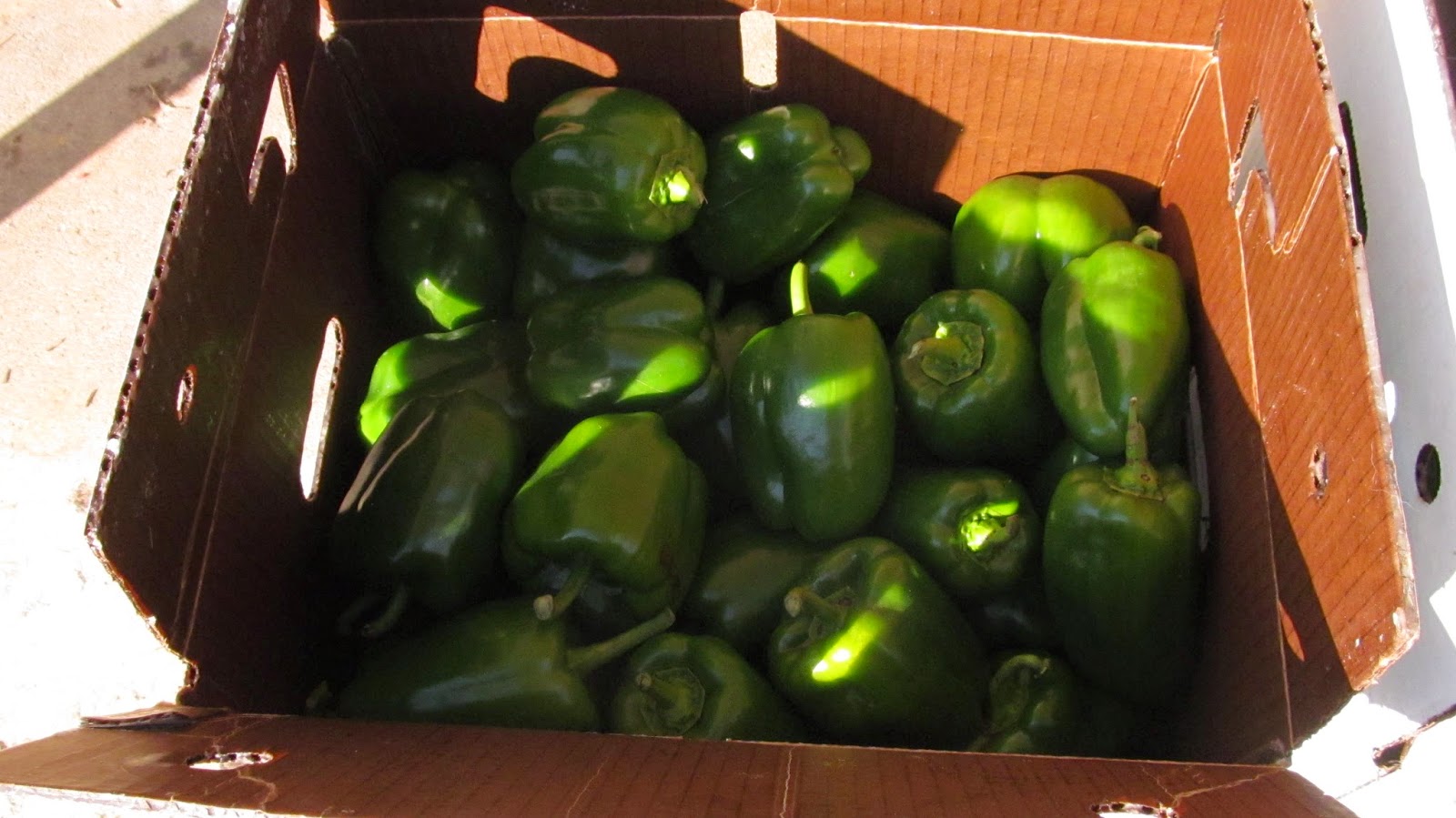 Peppers. My victory at the auction.

A while ago I went running up to the auction at the last minute. Now that we were largely at the end of the growing season there were going to be heaps of bargains to be had. I got there late but across the parking lot I could hear them selling off boxes of peppers for $1.50 and $2! I had to get in on that action. I ran faster. 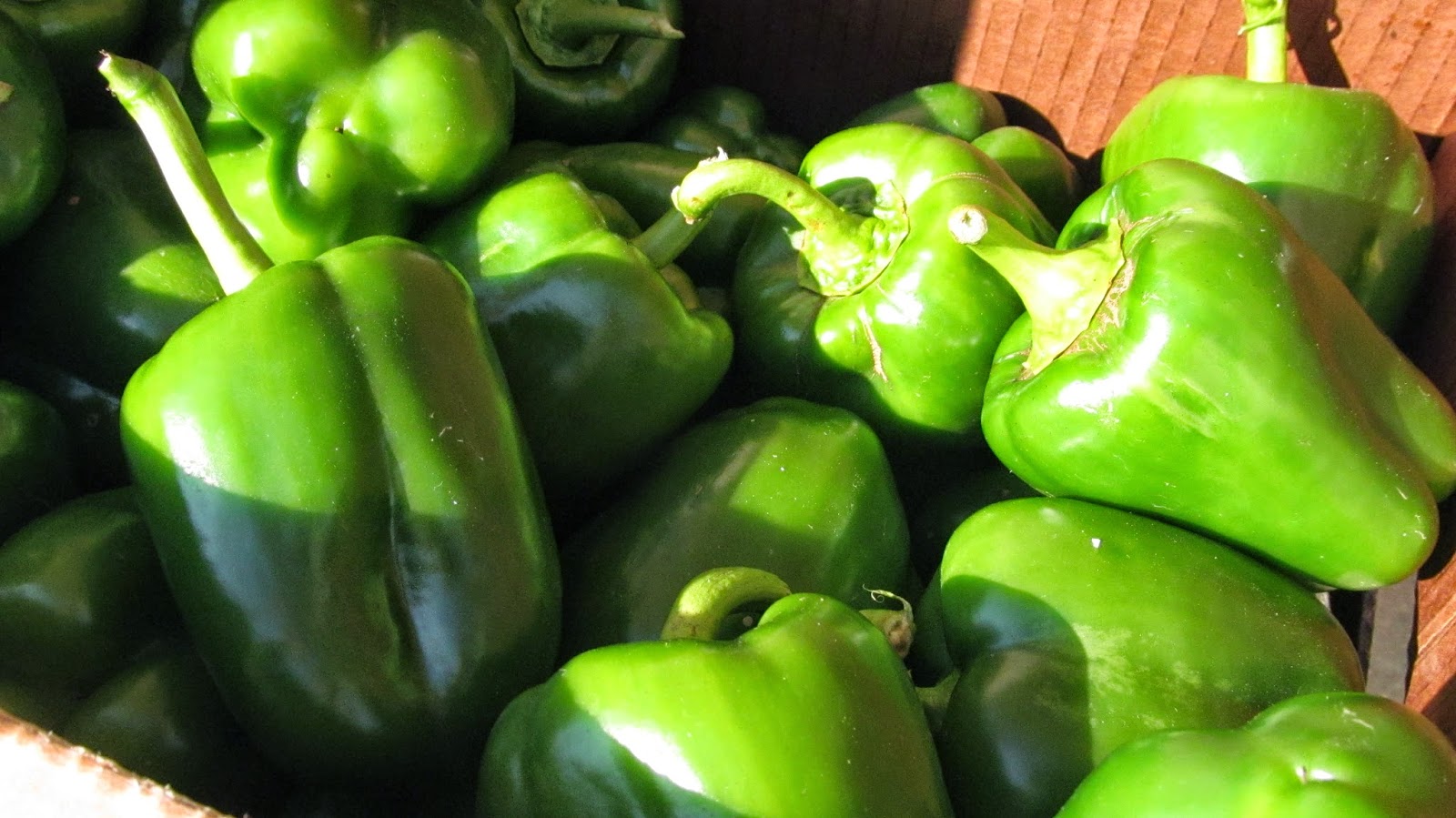 They were beautiful so I had to have them

Someone else was biding against me. I knew that guy...I knew his weakness...I knew his "tell"... I could win this. My hand shot up first for $3.75. The crowd could smell blood in the water and they started to murmur... this could get good. Everyone loves a good bidding match.

My bidding opponent got in a twist at my confidence and sent the price sky high to $4.00... then $4.25... and that's where I started shaking off the auctioneer.... going once.... going twice... sold. To me!  I was so excited! Look at me scoring a bushel of green pepper for just $4. All you suckers who are paying $1 per pepper at the store remember my victory! Ha!

I smugly walked off noting the nods of approval from the onlookers. They knew I played for keeps.

Later I scored some tomatoes for just $2.25 per peck. Considering that I saw someone buy tomatoes for $20 earlier that summer I was overjoyed. However, I got skunked on the Chinese cabbage by an older Amish lady with a stone cold poker face and blood in her veins. She won the bid. Dang.

I admitted defeat and went to cash out. My tab was significantly more than I expected.

"Ohmigosh! What did I buy!" This was a legitimate question at the auction where stakes are high and the game moves fast.

Turns out I didn't buy just one bushel of green peppers... I bought two. TWO BUSHELS!?!?! 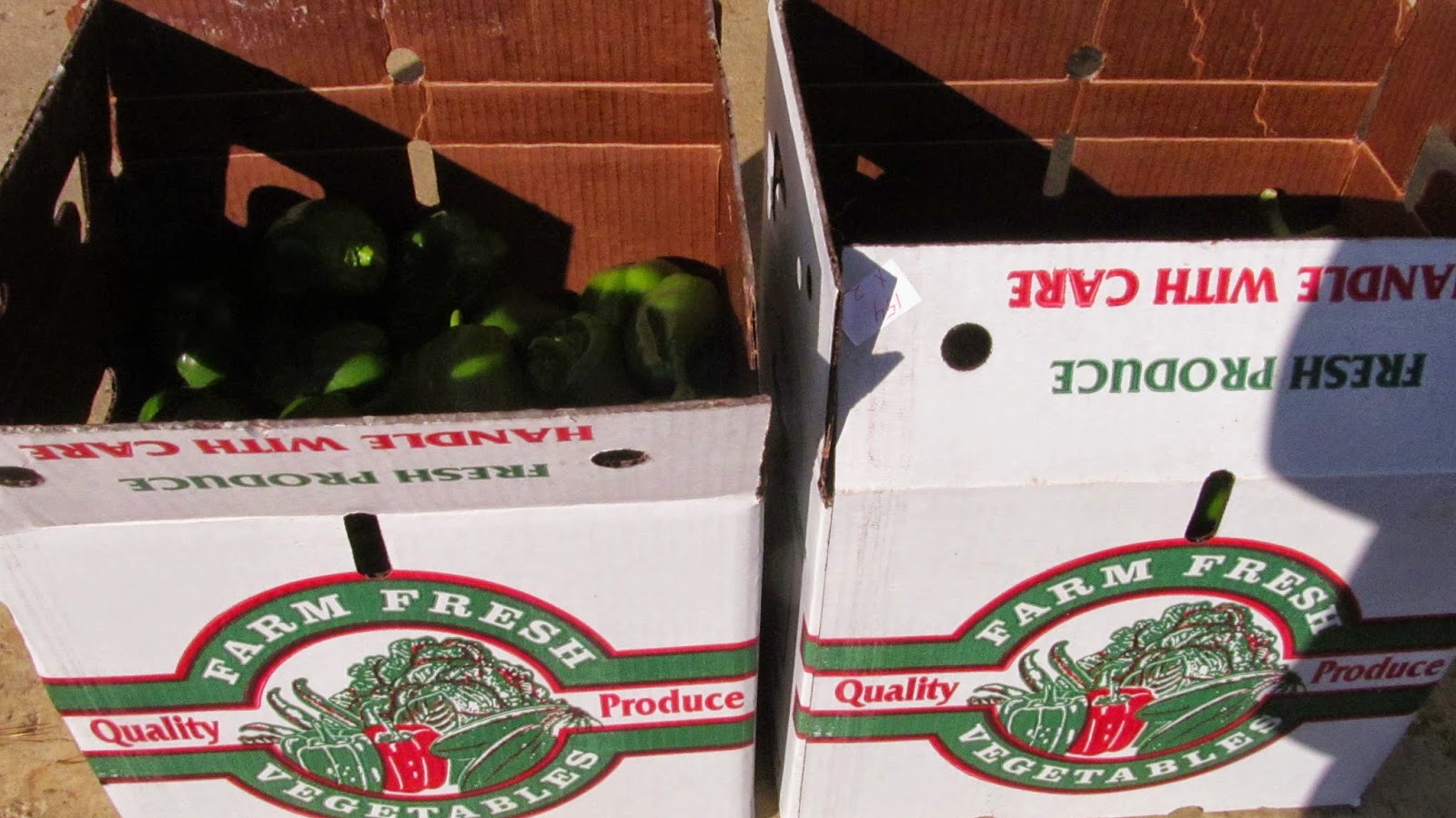 I quickly did the calculations in my head... that's... that's.... about 40 pounds of fresh and delicious green peppers.

On the way home I tried to figure out what I'd do with 40 pounds of perky peppy goodness. When I got to town I started handing them out to all my friends. I tried foisting a bushel off on the local burger guy but he had seen my sad story before.

Of course, my big concern was not the extra $4 for an extra 20 pounds of peppers.... it was what was I going to tell The Big Man. My husband got quite a laugh the last time I came home over loaded from the auction. We refer to it as The Great Spaghetti Squash Mistake of 2014. It was a lot of spaghetti squash.

Instead he laughed and whooped excitedly that we were gonna have so much pizza with those peppers. So I was off the hook.

But now I have a lot of peppers to process. Forty pounds to be exact. Um... anyone want some peppers?

Happy Saturday everyone! Whatcha buying at the auction? Are you getting any end of season deals?

Posted by Ohiofarmgirl at 11:32 AM

You paid 8 dollars for 40 pounds of green bell peppers??? About how many peppers is that? I hate paying $1 each at the store, believe me.

What a bargain. I think some of them char grilled/roasted and peeled then stored in olive oil to add to pizza and sandwiches would be a good plan.

Too funny! That so sounds like something I would do!

Good job! We're about .50 cents per pepper right now, but high in the winter. I always freeze some...

I have to be careful not to talk with my hands at the auction, Mrs H!

Freezing always seems to work the best, Nancy. We'll have a ton for stir fies and such.