Recently a couple of people have asked me about making bacon. So I'll throw out a few links on how to make bacon at home. 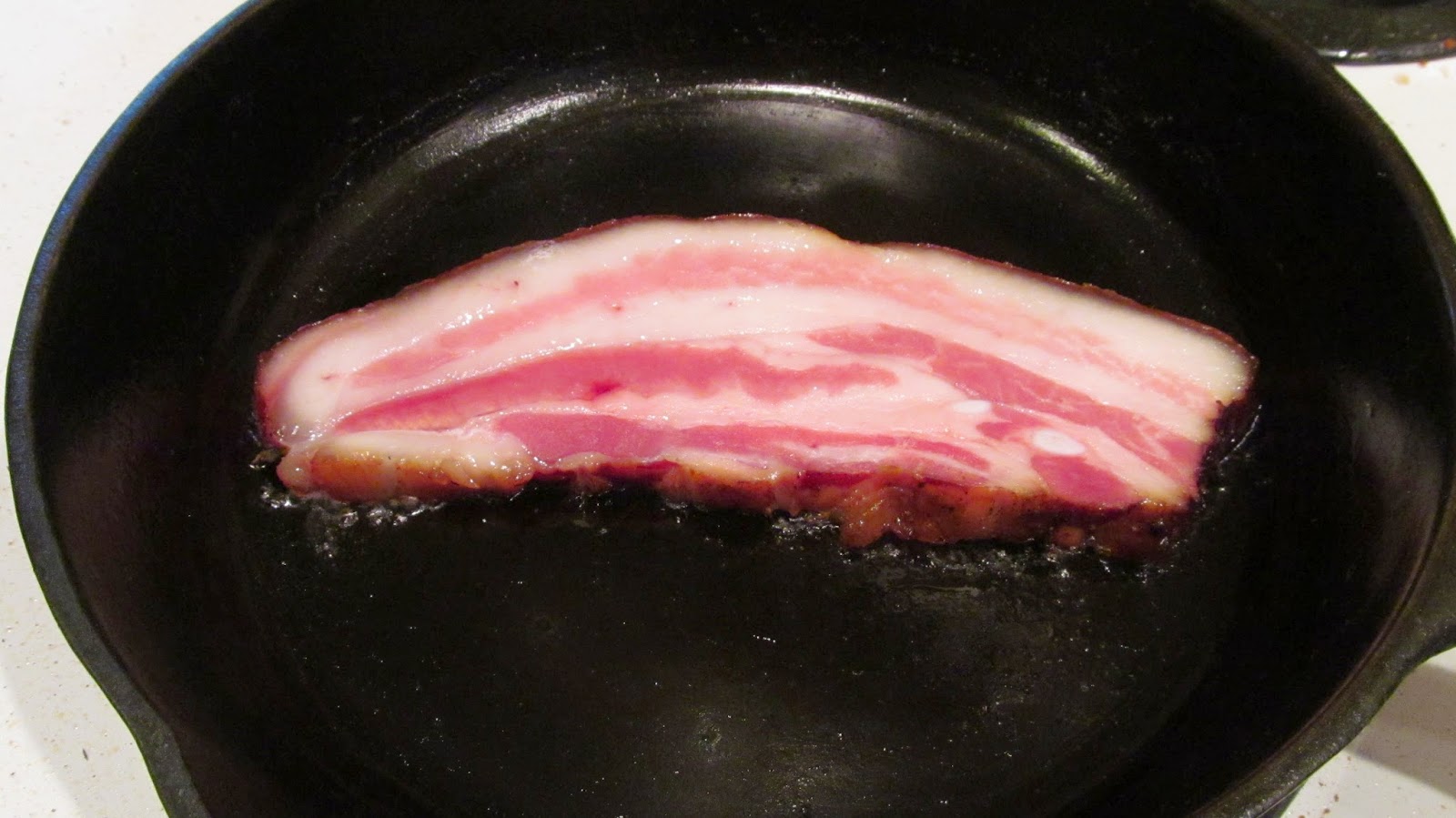 Bacon. That dream within a dream...

Can you make bacon at home? Sure! All you need is time, a fresh pork belly, a cure, and a few tools. Mostly making bacon just sounds intimidating. There are several steps that make the process long - a week or more. Then you have to smoke the bacon which isn't tricky but you need a smoker and time to do it.

If you don't have a smoker you can make a non-smoked version of bacon called pancetta. You start much the same way but you hang the cured pork belly to finish it. Pancetta is a super delicious "bacon" that is traditionally the base for spectacular Italian meat sauces. It has tons of uses.

Recently I cleaned out the freezer and found an incredible piece of pork belly that was cured-like-pancetta-but-smoked-like-bacon. I've been using it to make green beans from that last patch I took up from the garden. The next time I get a nice pork belly I'll be making this. There is something about the savory seasoning paired with the smokiness of a fruit wood fire that makes it just heavenly.

The cure (the dry seasonings and the salt mix) process is super duper easy. Then it's just a matter of coating the outside of the meat, putting it in bags, and letting it rest in the fridge for about a week. The only tough part is remembering to turn the packages over every day to evenly coat the meat.

Then, for bacon you need to fire up your smoker and make sure you have a day to tend it. For the pancetta you just need to wrap in cheesecloth and then hang somewhere for about a week. The only tricky part about the pancetta is that you need a cool place (50*-60*) to hang it. We do this in winter in the unfinished part of our basement. One of these days I'll have a smoke house... but that is still on the "to do" list.

I usually make bacon and pancetta as part of Meat Week - that is, the parting up the pork halves from processing our pigs. After we butcher our pigz the only thing I work on for about a week is getting the meat put up. So it just makes sense to me do the bacon at the end. But some folks were talking yesterday about how they freeze the bellies and then make bacon when they are ready.

Some folks are nervous about making their own bacon but it really isn't that complicated, just time consuming. One thing to keep in mind is that it will not be exactly like store-bacon. For us that is OK. We take some of our bellies in to be processed by a butcher. It comes back more like store bacon. I think we'd have better results at home if we had a commercial slicer... but then, I really like our bacon. Especially for cooking.

It's kind of hard to describe the difference, but our bacon is more like a slice of meat rather than a brown and crunchy piece of bacon from the store or restaurant. But then, I don't like brown and crunchy bacon - I like it chewy so the way we do this suits me just fine.

Here are the links for how-to's:

Making bacon - I got my cure on!  Lots of pix of the process - including when I started brining a ham.

What bacon day looks like. The results of smoking our bacon - it was incredible!

A fabulous pancetta. See the results - this one was insane. We don't "roll" our pancetta - but this one was a hog so big that it naturally rolled itself!

As with everything, do your research, follow the directions, and use your common sense. Some folks are worked up over the use of "pink salt" which, in butcher language, is a nitrate-based curing salt. It is NOT the same a the hip and trendy Himalayan pink table salt. We use it in our cured meats because we think it makes a better product - one that is more bacon-y.

Even if you don't raise your own hogs you can still order a fresh pork belly from your butcher. We don't think we'll get any real bacon off the pigz that we have now. They are the more common "pink" type pigz that are for commercial purposes and designed for leanness and not bacon. But we'll work something out. Next year for sure we'll get some heritage style pigz - like our favorite, the those enormous Tamworths we had before.

Happy Tuesday everyone! Are you thinking about making bacon?

Posted by Ohiofarmgirl at 11:27 AM