Mercifully, I believe that we are now done with goat breeding for this season. Yesterday was a goat-a-rific day. And by that I mean it was horrible and I'm glad it's over. 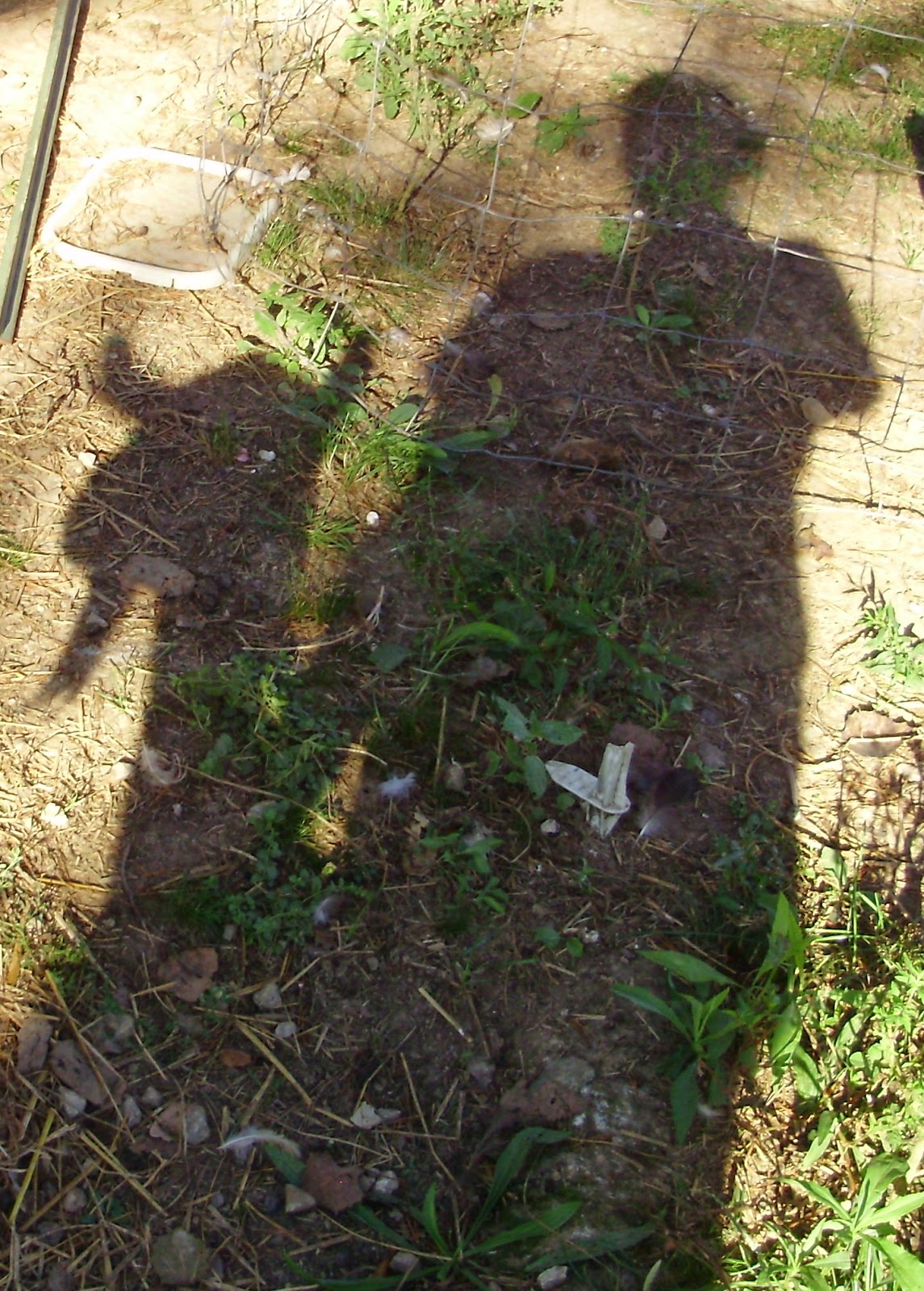 We loaded up Debbie and Daisy and headed over to the farm near us to visit that terrific Alpine buck and his sidekick. We should have been there for exactly 10 minutes. Things did not work out as we expected.

I have to hand it to Daisy. She was done in 2 minutes. The little buck I renamed, "Mr. Wonderful" got the job done and without further ado I handed Daisy's leash to my husband and he walked her out of the goat pen. Check.

Then there was Debbie. Yes, she was in heat. Yes, she knows how this goes. No, she would not cooperate. We all ended up trying to hold her. It was terrible. I can't believe we skipped church for that. I'm very sure that what happened in that buck pen, and my participation, are a smiting offense. Ew.

The buck owners were very sympathetic and resorted to baby talk to try and calm Debbie down. That is not how I do things. I went directly to Yosemite Sam. I informed Debbie to quit goofing around and get over there and get her business taken care of. She didn't. There was running, a chase, more foolishness. I just about gave up.

I told the nice folks that maybe we should just come back tomorrow. I think Debbie heard me and panicked because then she got her business taken care of. I handed over the buck fee, we loaded up the goats, and drove away covered in buck stank and irritation.

I got home, burned my clothes, beached everything else, and applied bourbon to my day. It took the edge off.

If things go according to plan then the due dates should be:

We bred the goats pretty darn late last year... but the extreme cold at the end of the season made us glad that we did. That is one of the reasons we waited again so long this time. Also, these due dates are closer to the time where there will be a lot of bramble leafing out...and only about a month away from the first hay cutting.

We aren't overly concerned about selling the kids - especially since we found out how easy it is to take them to the auction. If Debbie has a doeling I might consider keeping her as a future milker. The buck came from really good milking lines - and had pretty interesting coloring. So we'll see. 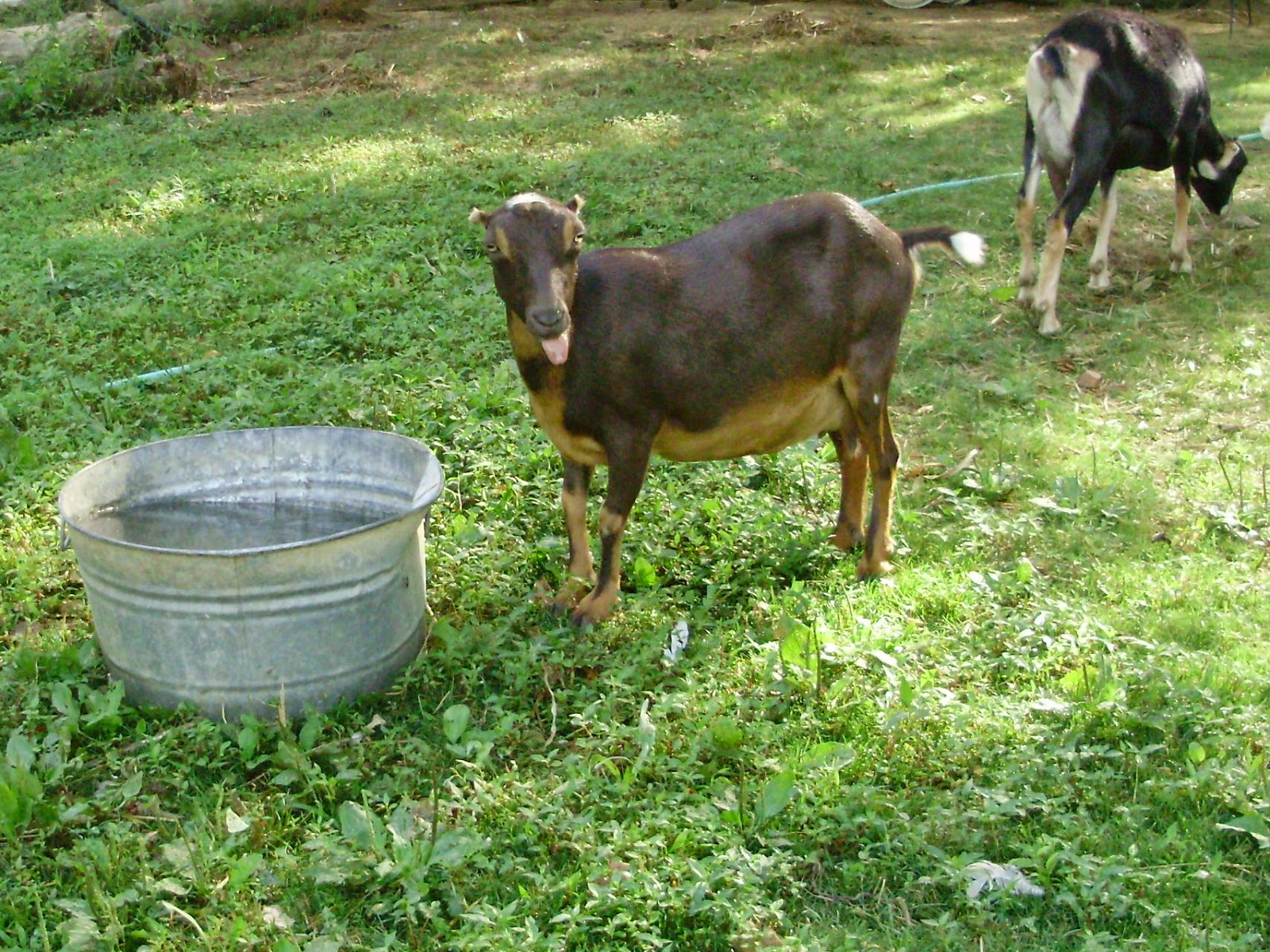 Nibs. Outstanding in her field. She's a pip, isn't she?

What about Nibs? No dice. We think that she has performed admiraly during her tenure here and now she can just relax. But mostly because if we have three gals who can milk a gallon a day (Deb, Dahli, and Daisy) there really isn't any reason to have Nibs and her "maybe a quart or so" production. We thank Nibbles for all her years of service, will give her a lovely pen as a token of our thanks, and then put her out to pasture. And really... we mean pasture. From now on she can just be outstanding in her field. And maybe work on that attitude.

Happy Monday everyone! Did you miss church because of goat breeding?

Oh well done for getting your gals sorted out. Hope everything goes according to plan, and that you fetch up with the required number of goatlings next spring. Hope you made a good recovery from the episode, and that your husband did as well!