I was going thru some old files and found a treasure trove of Ti's baby pictures. He was so little! You'll remember the story about how we got Ti and Lucky. 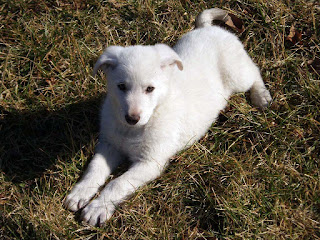 This is one of the first pictures of when we brought Ti home. He was just a little baby!

Why don't I have a ton of pictures when Ti was a baby? Well, I was a reluctant dog person when I first got here. So the dog thing was new to me. I had no idea I would end up with a house full of huge dogs. I couldn't understand why people would want big dogs.

At first it was just our old lady Shady and Ti. They were a terrific team. 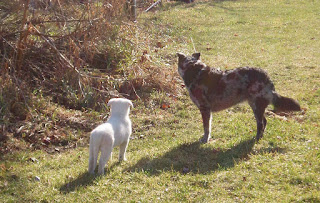 Looking out for adventure.

But then I found out that working dogs are terrific. And so we grew our pack....and I found out I really really really love puppies. So that's why I have tons of pictures of Kai and Zander. Plus, I have a better camera now. 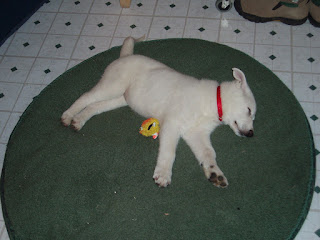 He was so small in his big dog bed... now he barely fits on any of them. 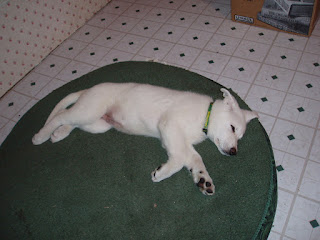 He started to grow into it.

I was also busy shutting down my old life so I really didn't have a lot of puppy time with him. We got Ti when he was more toward the 12 week mark... it was very different than when we got Bubby as a very young pup.  Not everyone loves puppies - they are a lot of work but I just adore every second. 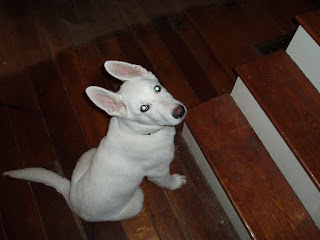 He's always been a hard working dog and my best helper. Those ears tho..... ha!

Ti has alwasy been a very serious dog - he was never very really silly like our Wiggles aka Kai. 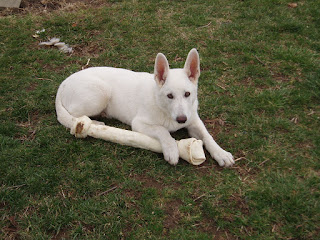 We were so excited to get him that big bone...but then Shady took it and buried it.
We never saw it again. Ha!

I also found a few pictures of Lucky when he was little and his funny ear almost stood up straight! 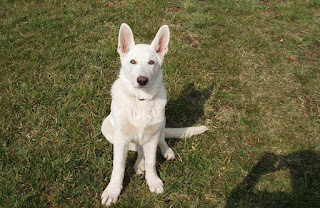 Our first picture together. 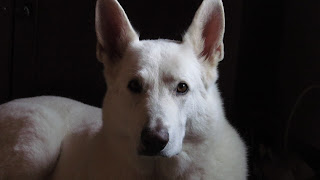 This is my favorite picture of My Most Excellent Good Dog, Wolfgang Titan Big Bear. My Right Hand. First in Command. The Other Half of My Sky.

Happy Friday everyone! Did you find some baby pictures?

Posted by Ohiofarmgirl at 9:13 AM

I have been sorting our photos and have just come across our puppy photos. And I got gooey all over again!

A plea for help! We adopted a 3 year old dog to avoid adolescence - but how he´s settled in and oh-so-fed-and-happy he´s jumping on us and play biting. A loud ¨no¨ and a push makes him think we´re up for a game and he keeps coming back for more and more. Any thoughts?

i'm sure there is an ebook version somewhere. it sounds like he's trying to be the boss of you. dont be afraid to be the boss of him. make him work for everything. you can do it!
ps when he jumps on you - a loud handclap, a firm-not-necessarily-loud NO, and then march him to his bed and make him lay on that bed. stand firmly glaring at him. then make him lick your hand to get up and go and play. that's what we would do.