The Most Dangerous Thing in the Barnyard

Our highest priority this weekend will be to get these meat chickens in the freezer. Altho..... we did get 2 more eggs from them yesterday and frankly I'm really wondering if we can get a few more "free meats" this way. But these fat girls aren't going to last much longer. 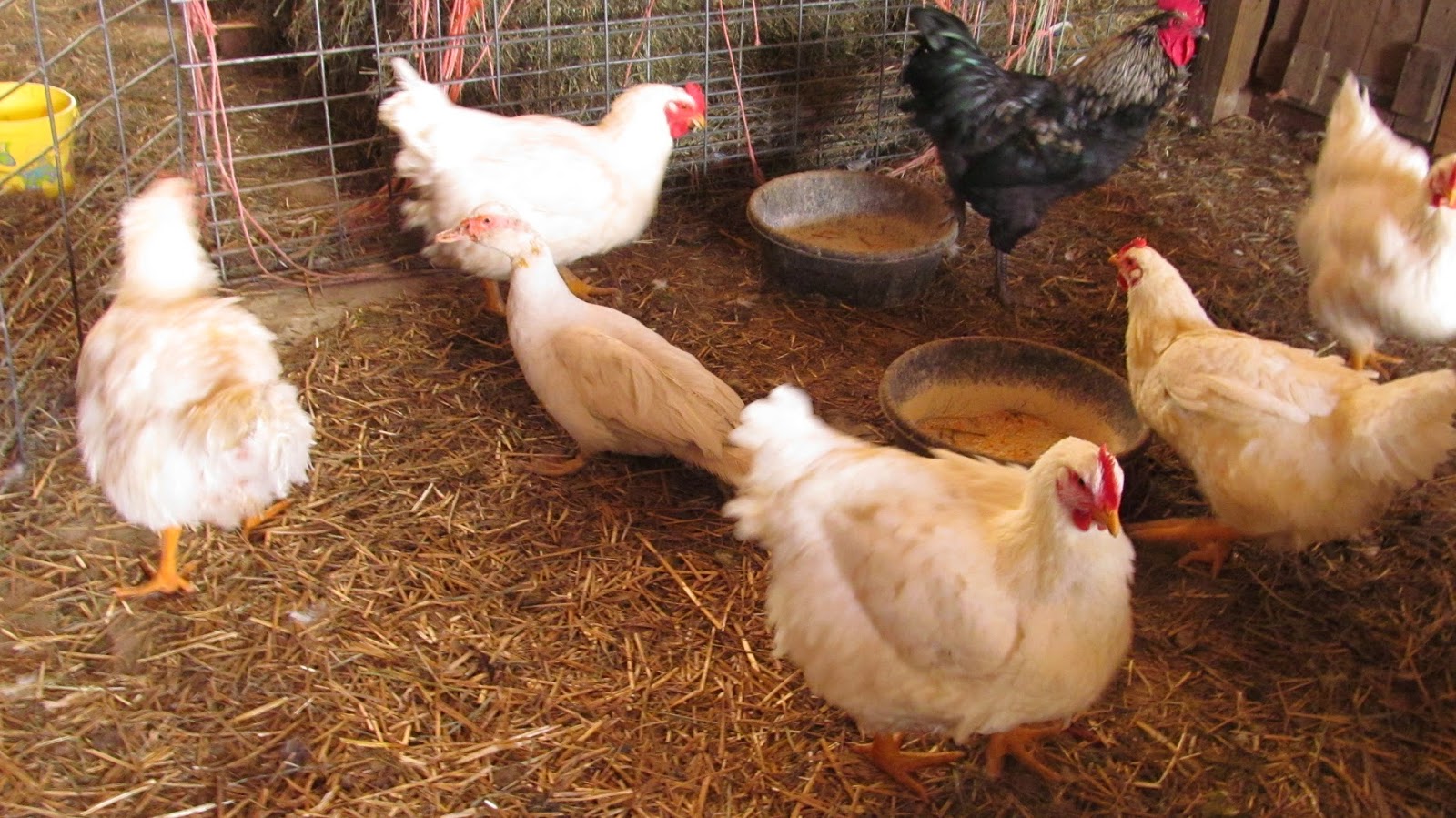 The scene of the crime. See the bailing twine? Dang.

As it is we found one "trapped" in the garage yesterday. Actually she just got stuck in a corner and couldn't get turned around. Creepy meats just aren't that smart... good thing I spied her out of the corner of my eye. Otherwise we would have spent the better part of our evening chore time looking for her.

This group of meats is really amazing - they are extremely far ranging and we've found them roaming around all over the property. But they are seriously on their last, shaky meat legs. We found this out the hard way the other nite.

When we are done with a bale of hay I've gotten in the habit of tying the twine on one of the cattle panels we've used for the meat pen. It's not even something that I've ever thought about. Just tie one on and walk away.

Unfortuantely my carelessness has led to the twine being a very dangerous danger to the not-so-smart meats. One of them got her creepy meat foot tangled up in one of the pieces of twine.... and she panicked. I probably don't have to elaborate... but let's just say that we found a badly beaten pile of meat when we went out for chores. Death by flapping which probably induced a creepy meat heart attack. Ugh.

Nothing is worse than a totally preventable barnyard death. Especially when it's your groceries -  wasted meat is the worst!

The most dangerous thing in the barnyard usually isn't a varmint or some menacing piece of equipment... it's usually your own carelessness.  In my case, it was a carelessly tied piece of bailing twine.

Another "Most Dangerous Thing"..... is a bucket of water. I can't tell you how sorrowful I've felt finding a chick drown in a bucket of water. One time I went out to find a poult swimming... swimming I tell you... in an open bucket... Thank heavens I went out, randomly, and found her!

Other dangers.... a board or even a pitchfork propped up right where a wayward goose can waddle under and causing it to fall and hit someone. Bale of straw? Don't ever leave it propped up on one end - make sure you lay it down.

Patio chair left in the goat yard so that you can sit out there? Just wait until you hear your herd queen screaming hysterically.... and then you run out there to find one of the goat babies hanging upside down by a hock. For heavens sakes. I swear Debbie was having a panic attack. When I got the baby free (unharmed) Debbie actually came over to me, and put her head against me until she stopped shaking. I can't tell if she was thanking me or scolding me.

The weirdest barnyard injury? My little garage duck was horribly mauled by a lawnmower. Now, the mower wasn't running. It wasn't even moving. It was parked in the garage. But somehow she got her foot tangled up in it.  Badly. I mean to tell you that was some serious business. We can't believe that she lived...and that she recovered. She's a little more gimpy now but she's doing great - and she avoids going over by the mower now.

The barnyard is fraught with danger, friends. Most of which you couldn't imagine. Keep an eye on your buckets, keep your duck away from the mower, and from now on... don't leave your bailing twine tied to the pen. For heavens sakes.

Happy Friday everyone! Is your barnyard filled with danger?

Posted by Ohiofarmgirl at 6:54 AM

Isn't it just amazing how some every day item can turn out to be the culprit of total hysteria in the barnyard? After fishing 2 kittens out of the water trough, no, they didn't make it, I have now placed small "ladders" in the troughs. It is a never ending job...safety proofing the barnyard...for the critters.

We lost a young ram lamb in the autumn - got his head stuck in a hay net and choked to death. Awful - and such a waste - he was due to be off to slaughter.

I asked my vet one time what made the most farm calls for him. He said old farm machinery left out in the field. He said so many animals get hurt on it, that it's often the mortgage payment!
I had a colt spook itself and impale itself on an electric fence post. We were able to save it, of course it was a vet call..... I had a pony scratch her head on a t post and it had a slight sharp edge where it was pounded in--another vet call and $221.00 later and a face full of stitches! We try to keep our place clean and picked up but over time stuff just happens!

The water buckets and containers are the worse, HDA...

Sorry, VM, that is a terrible fine...and an awful waste. Ugh!

Thanks, Anon, all good info. You just never think animals will do something so goofy - but anything can (and usually does) happen.