I really want to thank whoever posted my story, Goat on a Rope. I'm not sure where it is out there in the interweb but I've absolutely loved the response.  Thank you so much! 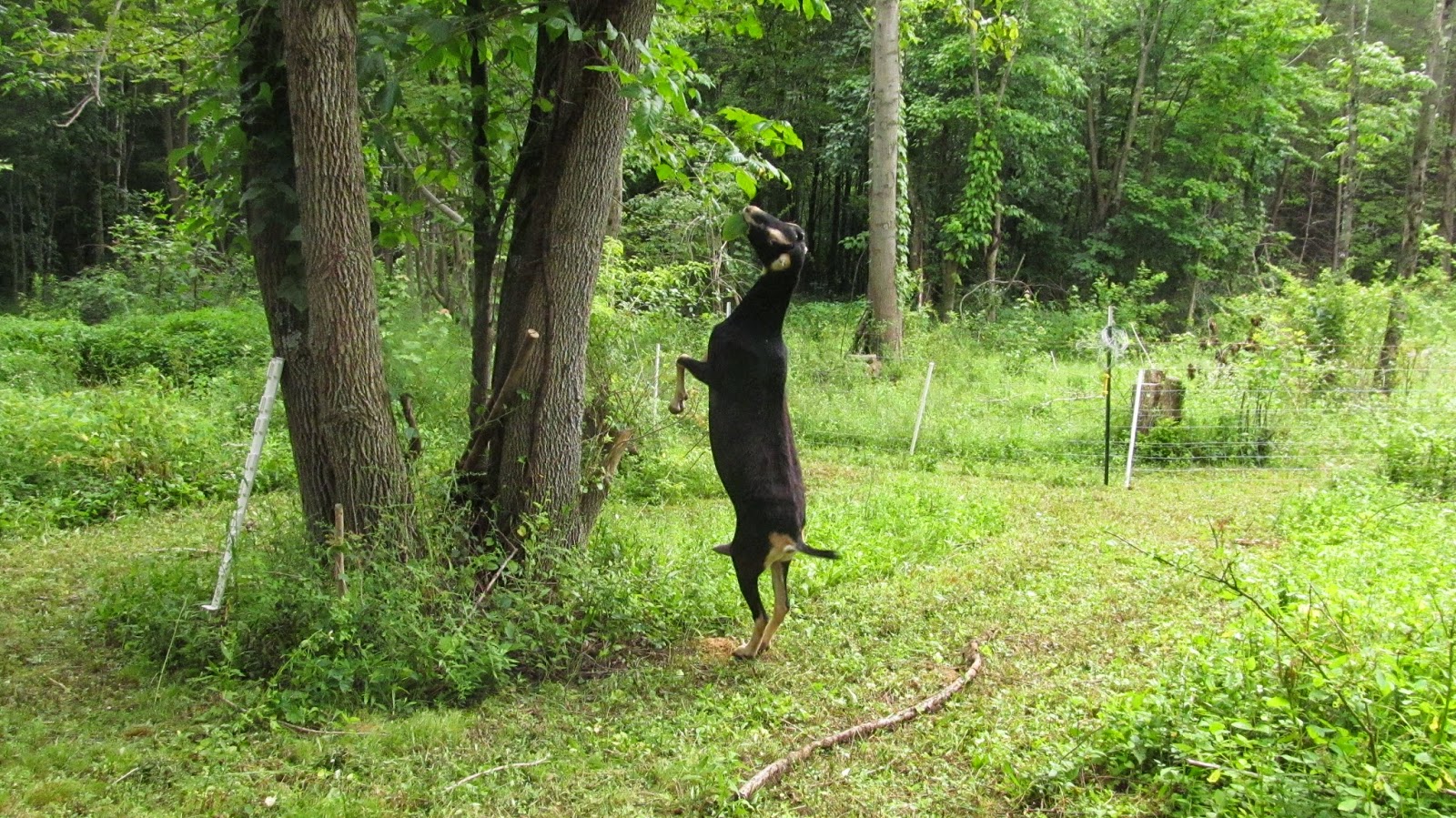 One of the great things that happened was that I received a terrific email asking me, "So.... what are goats really like?" After hearing nothing but hard tales of horrific troubles the sender really wanted to know if it's just one awful experience after another of medical maladies and fence jumping... or what?

I thought I'd share my response..... The answer is kind of tricky. Mostly it's about what you are willing to put up with and what you think is adorable.

As far as I can tell there are two types of people:

I'm more of a goat liker. Sure, I like them just fine... but oh man.. they are ridiculous. I mean, I like order and discipline and having goats is like having a kindergarten full of flying monkeys. The people who love goats really really adore there cutesy-putsey little faces. Me? Mostly I have my eyes rolled so far in the back of my head at their shenanigans that I have a headache. These are the five things I do not like about goats.

So what do I have them?

Because they are good workers and are productive. We don't have farm animals as pets - we actually have a working farm. Dollar for dollar and pound for pound goats are incredibly hard working and their - if you'll have to pardon my corporate speak - return on investment is tremendous. Once you are set up they are a great value for what they produce. We use the gallons and gallons of milk for the entire barnyard - especially to grow out our pigz that we butcher for our table. 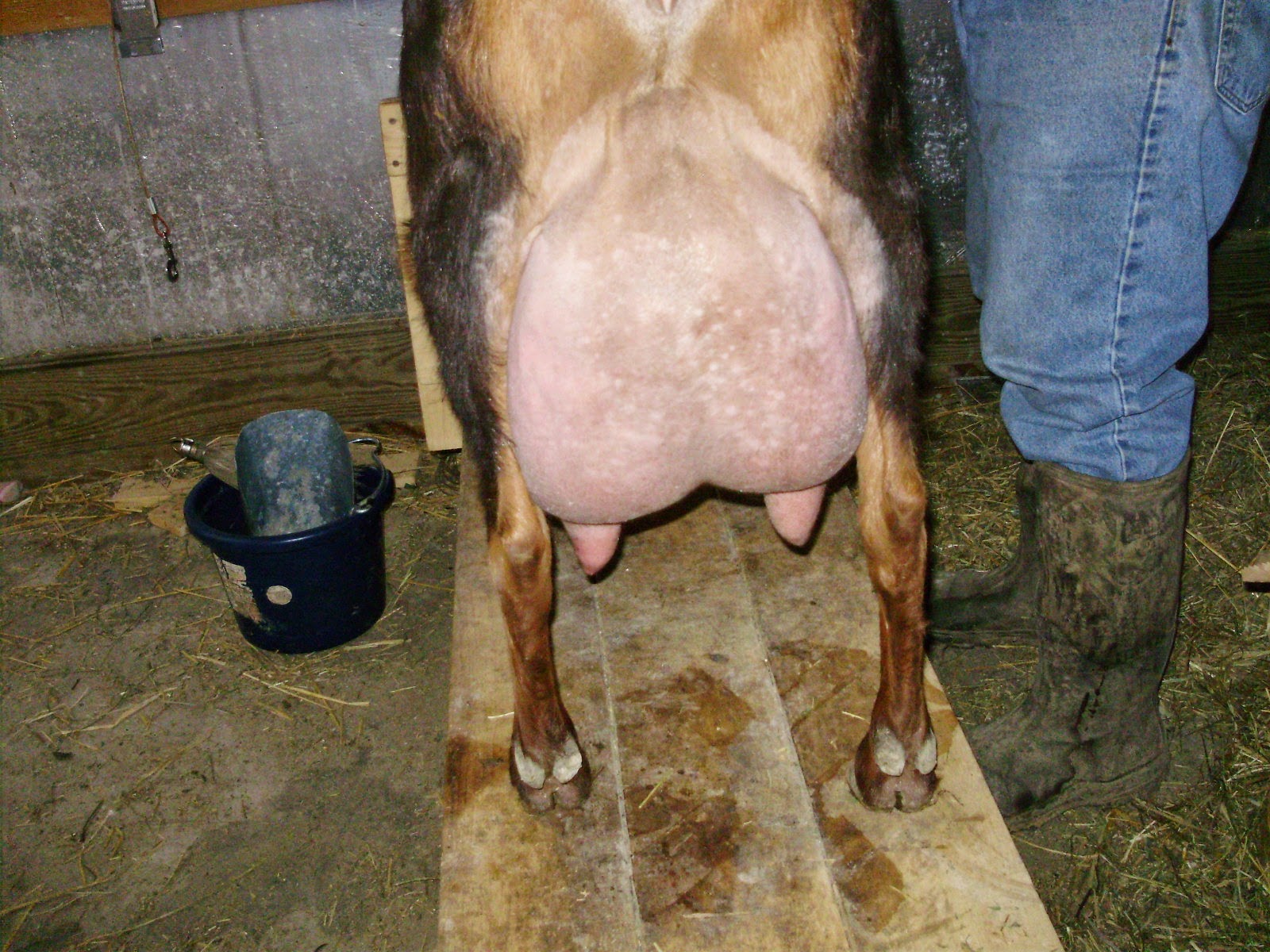 Would you LOOK at all that milk... yeah baby... that's the stuff.

We also use the goat milk to feed out poultry. We don't bother with high protein feed when our turkeys and meat chickens get past the cute stage - we mix corn and goat milk. That makes the nice and plump - then we turn those birds to get out there and free range... and that is how you raise a good and cheap, excellent quality table bird. 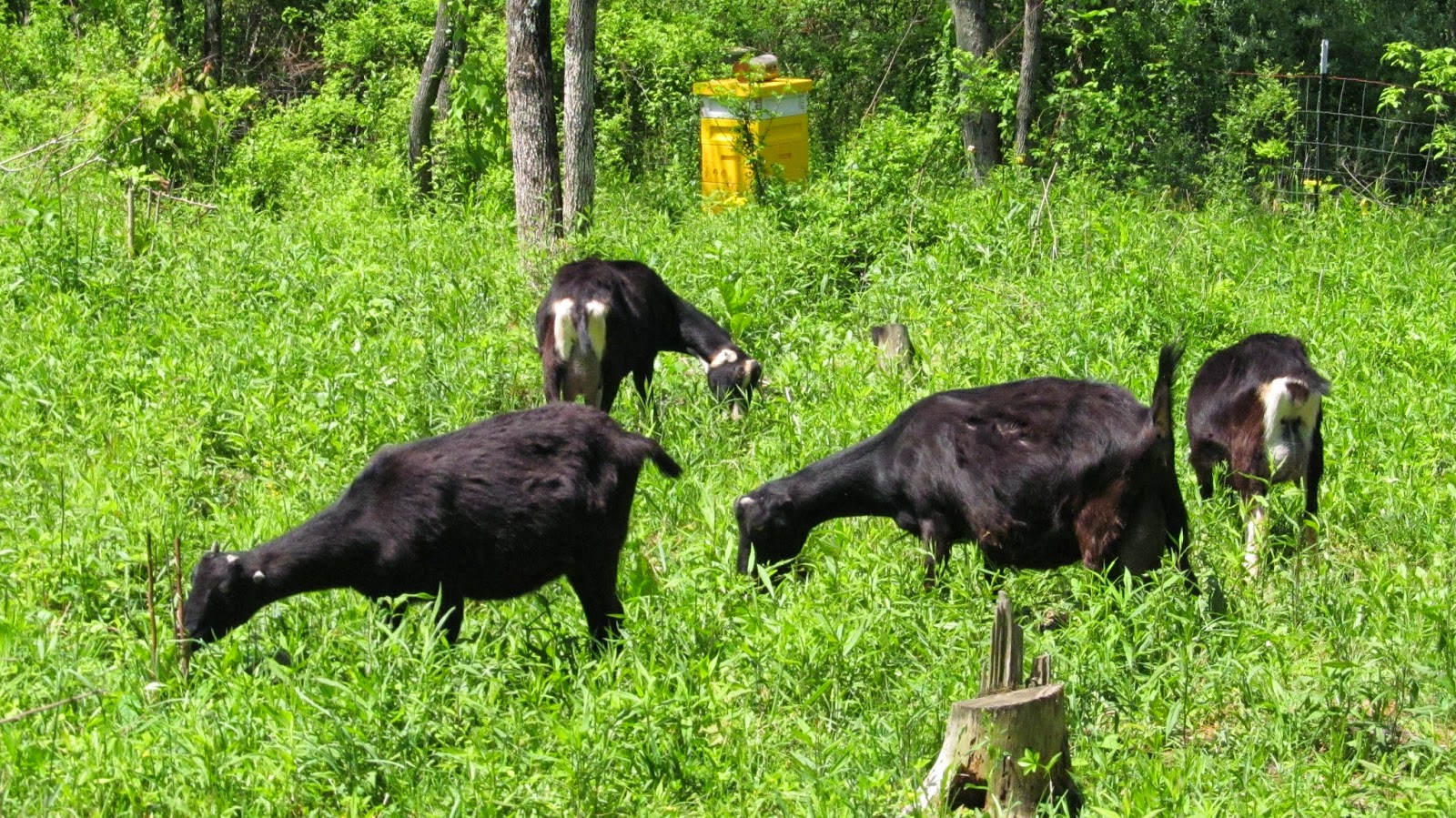 So goats make sense for our farm. Especially since I can't have a diary cow - for tons of reasons including that we don't have any pasture. But we can take those silly goat out into the woods and they will eat the bramble which gets turned into lovely milk.

As for their personalities?

Goats make me insane. I have 4 huge working dogs - each over 100 pounds and they all snap to attention and do as ordered which is just the way I like it. The goats? The goats are out there screwing around doing stupid stuff all day. Some people think this is adorable. I do not. Goat do not like order or discipline. They have no honor. They are just goofy.

As for their troublesome health issues... well. There are a million things that could go wrong - but most likely won't. We've never had any dead babies - a few hard births but nothing horrific.

The goats just require "futzing." Unlike chickens you can't just open the door and let them out. You gotta make sure goats don't eat anything stupid, or break into the barn and get the bloat from eating all the corn, or don't get some kind of weird imbalance in their gut (they have a rumen-based digestive system), and you have to keep up with the parasite management. We don't mind using the chemical wormers but some people have a break down over it.

So far we've only had 2 goats flop over dead - both young males. Both, we believe, were the result of some weird parasite - or poisoning. We did all the treatments that were required but .... as we say around here not every body makes it. But we think our record is pretty good.

One of our goats gets a gut imbalance every year - so we make sure that we can fix her up (it's the goat polio). The fix is cheap and easy but if we don't get it in time she could die quickly. Luckily it's easy to spot.

As for fencing, yep. They are hard to keep in the fence. So you have to have really really good fencing. I suggest field fence with a hotwire on the inside. Remember you aren't just fencing the goats IN you are fencing the predators OUT. Don't have predators? Get goats and you will. Mostly it's the neighbor's stupid dog. Or your dog. Goats are the perfect prey - they smell like poop and run when chased. They are no match for one large dog or a couple medium sized dogs working together.

So I think it all boils down to what you can put up with. If you have a good set up then might as well give it a try. Some people just love their smoochie little goats. They are even becoming popular city pets if you can believe that. People keep them in their house and think they are hilarious. People love their interactive nature and their hijinks. This is the only time a little goatie has been in our house and it was only for the picture with Nicholas.

If the lovey-doveyness and cute factors are high enough for you to overlook the initial cost of getting set up (fencing, housing, some routine health costs) then I'd totally say go for it. Especially if you have any interest in home dairy and cheesemaking.

One thing you could look into are smaller variety goats. You could also check out a breeder who is willing to let you visit their farm or who provides "goat keeping lessons" as part of the sales price.

Many folks would rather take a little goatie back from a home that isn't a good fit then have it dumped at a shelter. So don't be afraid to ask about this - goat people like to help new folks get set up. By the way, we don't offer refunds. I just take the money and drive away fast yelling, "No take backs!" But many people are eager to help.

That's what I know about goats. Mostly it's a personality thing. Some people love goats and the rest of us tolerate them. But if you just want something to snuggle then get a cat because they are awesome and don't need any futzing. *Looks lovingly at Nicholas who isn't any trouble at all.*

Happy Sunday everyone! Why did you get your goat?

Posted by Ohiofarmgirl at 2:51 PM

Good article. I hope to move to a more rural area, or larger lot and get goats. I'd go with 2 smaller goats for milk and cheese, etc. 2 would be plenty for me!

It was me! I was searching google for information on using goats to clear land. I use the search term on a rope and I came upon your blog. I laughed so hard I cried! so I shared it on a homestead in group on Facebook. I really hope it's okay! I love your writing style :-) Tracey Goepfert Lisi

Tracey - thank you SO MUCH! Really - I've enjoyed the response.
:-)

Ahh, how could a big, snuggly killing mashine such as Nicholas eeeever be aaaany trouble?

No trouble whatsoever, OVG.... none at all! Ha! I'll give Nicholas smooches from you!
:-D

I'm new to your blog and I love it : interesting and hilarious. Put me down for a goat liker and a dog lover !
MA
Orlando