How Good Is He?

I had an entirely different post planned for today but we had some sporty weather come thru last nite. Fortunately we were not in the tornado touch down area but the rotation from one of the storms was very close. So let's do a Throw Back Thursday and I'll get that other post up another day. 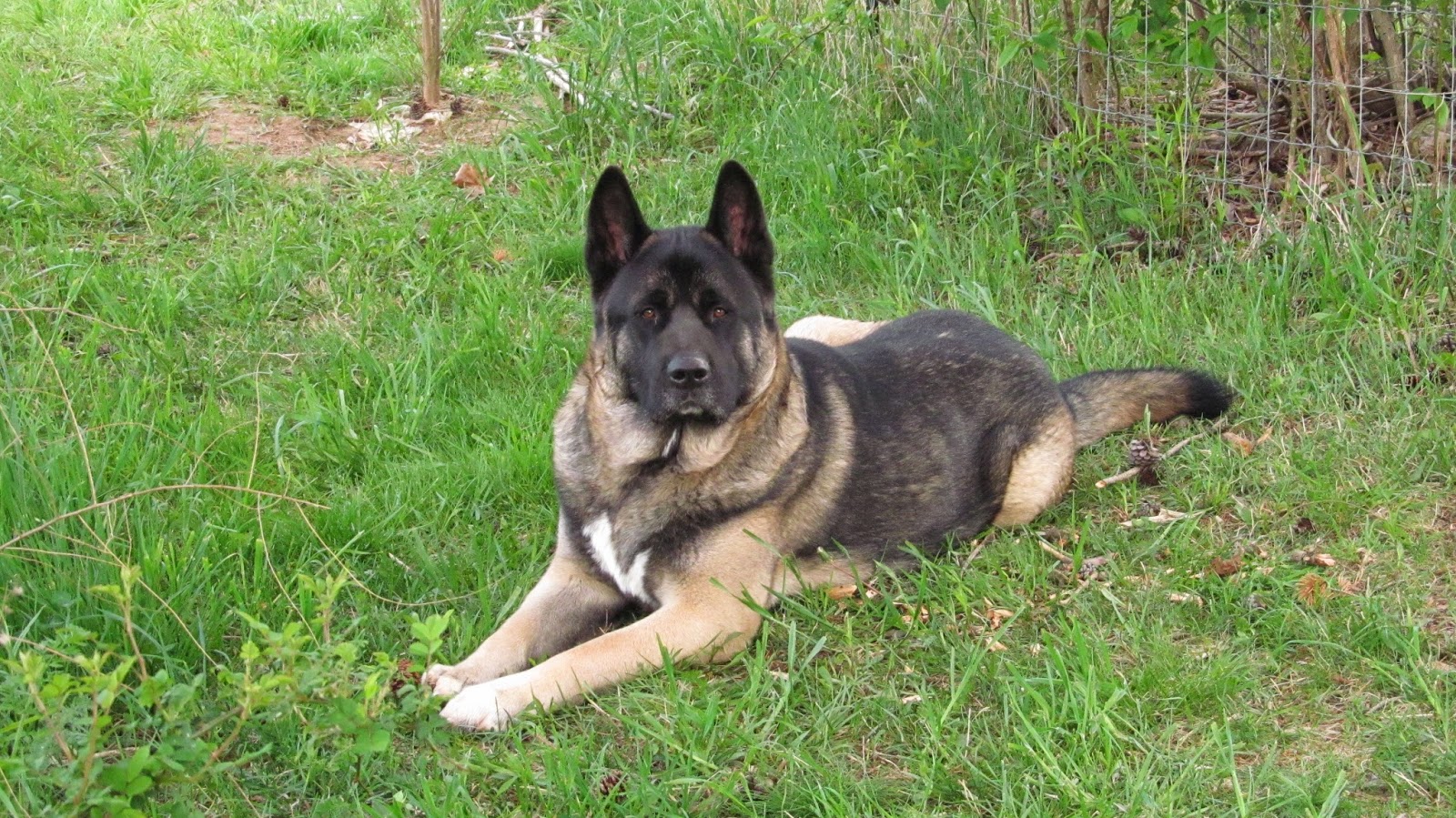 Yesterday on 'the facebook' I mentioned that we were working with Zander on our command "Watch the Gate." He did fantastic. But then, if a huge wolf-like creature with the head the size of a steer is standing in the doorway - not many barnyard critters have the courage to try and run past. For his part, Zander stood in the doorway and did not try to charge in. Good dog.

Our "Watch the Gate" command originated when I needed a way to walk thru a door, or gate, with my hands full. Having my #1 Dog stand right at the gate and stop sneaky goats or chickens from running out makes is really easy to do my work. It's also good for keeping adorable little goats in their pens as seen in this video. I should note this is an extremely advanced working dog task and your mileage may vary.

My pal, L, asked why didn't I just close the door to the pen? Well, a couple reasons - first Titan was in with me because I was feeding baby goats. I was using him to control Dahli while someone else's babies nursed from her. Then I had him lick the babies clean - just like a momma goat would do. Dahli wasn't going to clean someone else's babies... and I'll do a lot of things but lick goats is not one of them. So Titan was doing a lot of things to help me.

Also because it's good for him to keep working. When I say he's with me all day I mean to tell you that he is always with me. He is always working even if that "work" is laying in the shade while I till the garden. At any second I can tell him, "Go scoot those chickens out of my garden" - then I can keep doing what I'm doing and he'll run the hens out. I can't tell you how much this helps me.

Is it always easy to have your dog with you? No. It's like having a monkey wearing socks on their hands follow you around all day - sure they are interested in what you are doing and are eager to help... but they are a little nutty and they are limited by the lack of opposable thumbs.

With younger dogs it's tough because you are always telling them, "leave it," "don't touch that," "go and sit down over there" and "WE DO NOT CHASE THOSE DUCKS GET BACK HERE!" It can be very frustrating but once they figure out what they should and should not be doing it really pays off. 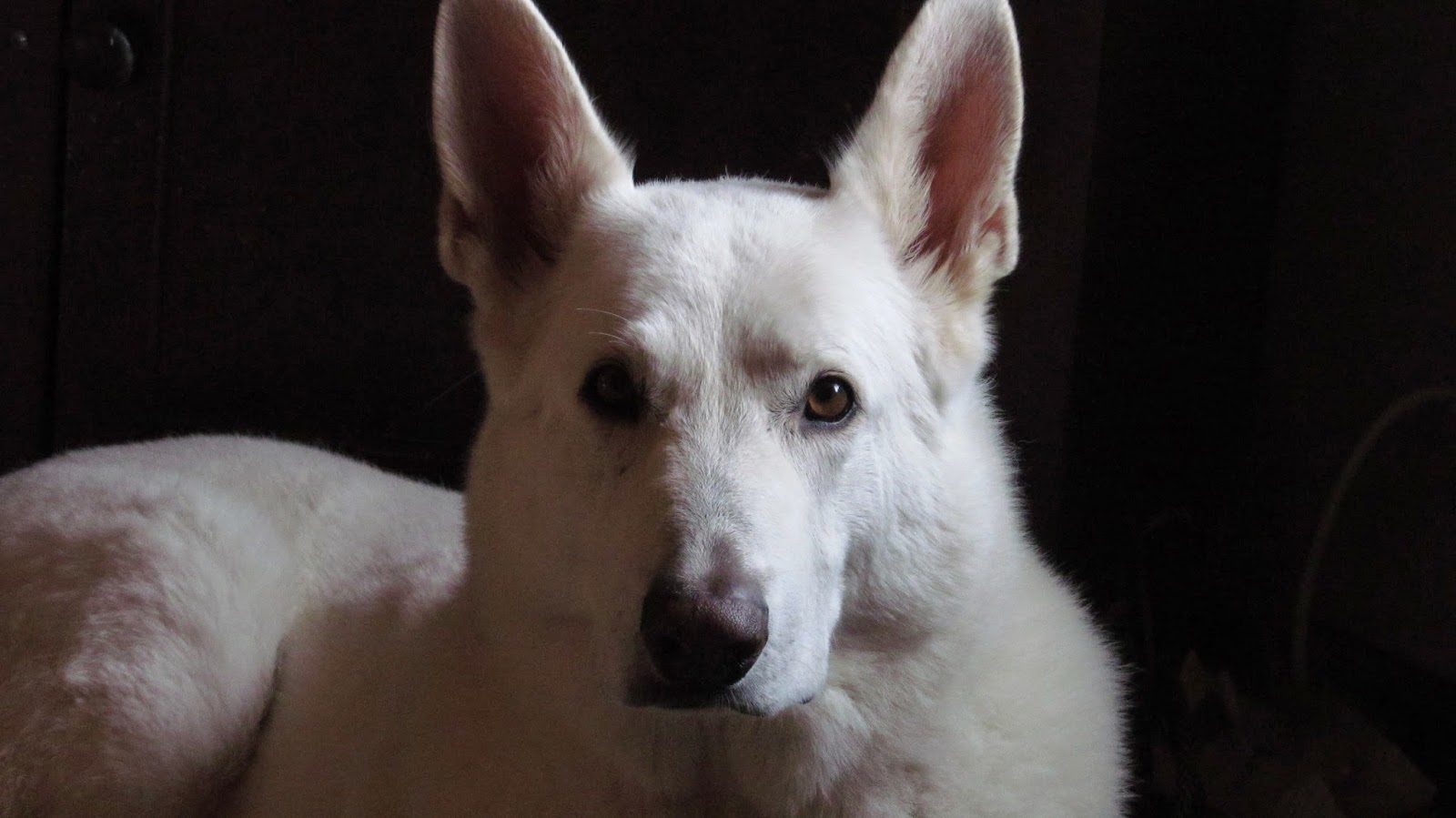 So how good is Titan?

But even better than that - he makes good choices. Last summer we were working in the Turkey House - actually we were cleaning it out and hunting rats. When we lifted up a board a huge rat jumped up and made a break for it.

"GET IT!" I commanded and Titan was on the job. But the rat darted under the wall between the two coops. Ti and I had to run out of the coop, outside the turkey house and into to the next door to get to the other coop. I flung open the coop door where the rat went and yelled "GET IT!"  He dove in.

No sooner had I opened the coop I realized that Nibbles and her babies were in that coop! That's right! Little rat sized goats right there and I just sent my #1 Dog in to "GET IT!"

In mid-leap and before I could scream NO!!!!  Titan had already stopped himself and turned around and was giving me a goofy look. It was like he was saying, "Momma... these are babies not rats!" The rat got away that day .. but at least the whole affair ended well.

We all had a good laugh except for Nibbles who didn't think it was funny at all.

Will Zander ever be that good? I don't think so - his prey drive is just too strong. But as we've seen he has really good instincts. His main job will be guarding me and keeping the malcontents in line so I'll be keeping him with me more and more. For a while it will be nothing but "put that down" and "don't touch that!"  But he'll get the hang of it.

Happy Thursday everyone! Are you working with your dog?

Posted by Ohiofarmgirl at 9:17 AM

Wow. You've inspired me to rethink my big crazy dog. Maybe he CAN be more than a pretty face.

I am totally amazed at how good your dogs are. They are truly wonderful dogs.

Oh I get it now, keep hom thinking and helping. Wow he is just so smart. I can't imagine mine dogs being so helpful. We try to get chez to help with the guinea fowl when they won't go in their cage. All I ask is that she sits and stays on one side of the door so they turn in, but if we take too long she just gets up and walks off to eat chicken poo. At 11 yrs I think it is too late, she knows she doesn't have to work! We will see if taz is any different. ...

Ha! Yep I'm sure you have a working dog in there somewhere, TM.

Thanks, Horst, I think they are pretty terrific too.

Starting to understand making them work. Even sit-stay can be work.