Bacon Sushi. It's a thing.

Has everyone seen this video on how to make bacon sushi? I'd link to the site but some of it is now over capacity. Wow! 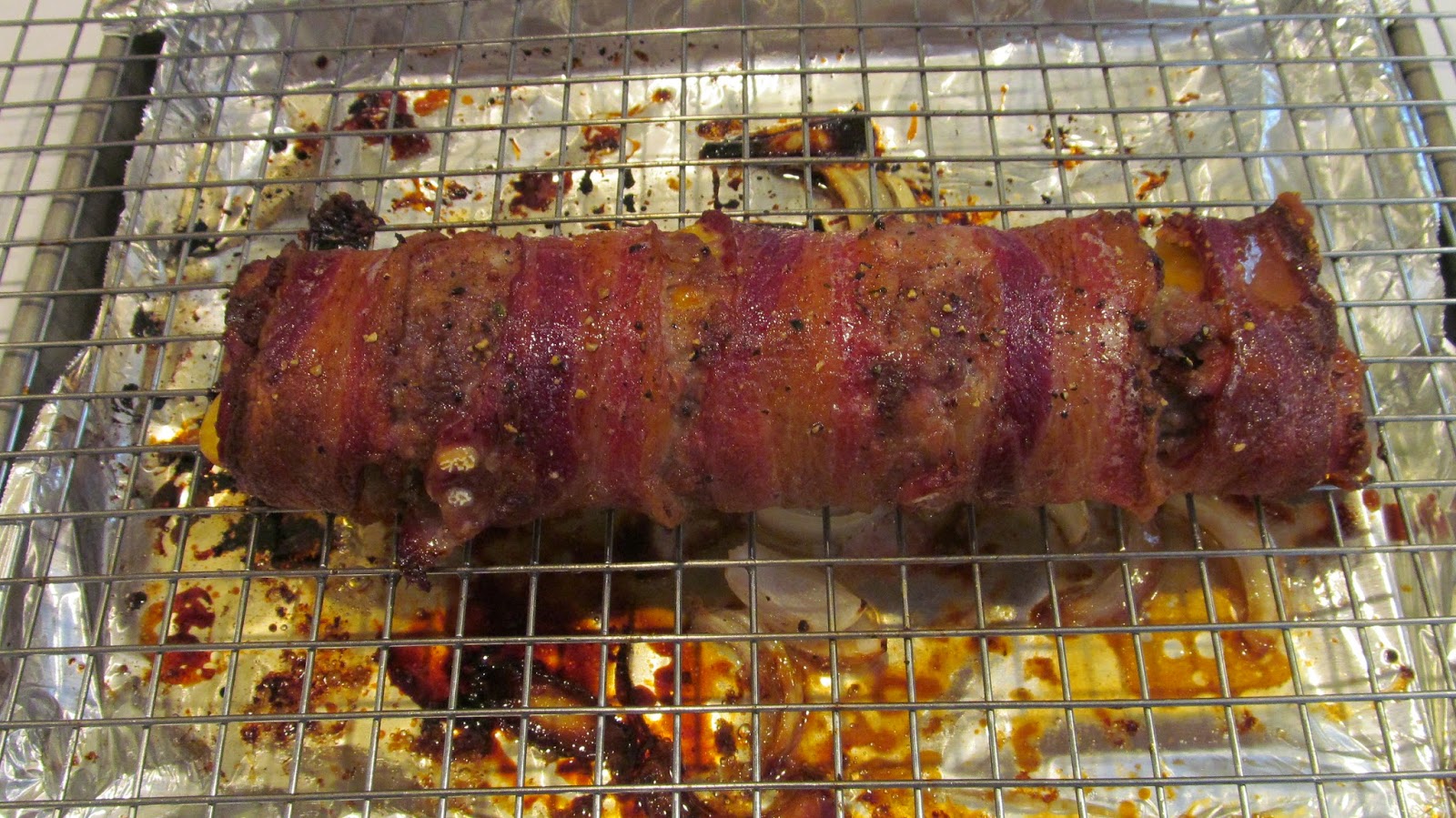 This is the only "sushi" I will ever eat.

I'm not sure this is an entirely new thing - people have been wrapping meat with bacon for a while. But I think this is catching on because you can cook it and not make it in a smoker - which is more approachable for some folks.

I gave this a try the other day with low expectations... but it totally worked!

I literally made this with leftovers - I had several pieces of bacon and a little bit of ground pork. I watched the vid and then also took some tips from the process here. 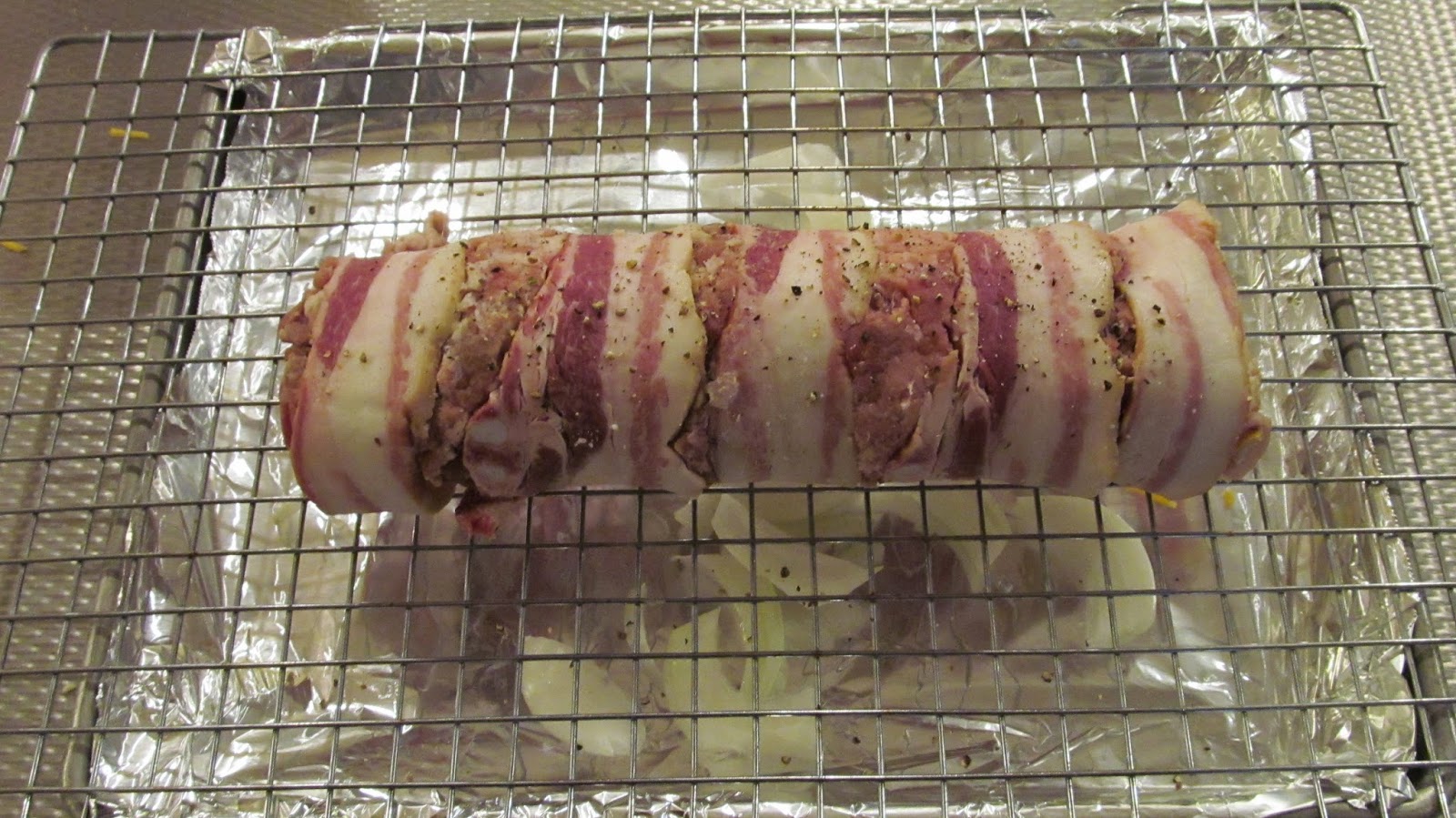 If I had known this was going to actually work I probably would have taken more pictures.

You don't need some kind of fancy sushi mat thingy - I just put down some waxed paper. Then I lined up the bacon - some of the slicers were wider at one end so I alternated the wide and thin ends so it was as uniform as possible.

Then I put the unseasoned fresh ground pork on top of the bacon, another layer of waxed paper, and used a rolling pin to flatten it out as evenly as possible - making sure that  it all stayed on the bacon layer.

A little cheese - I used what I had which was some shredded colby jack. Then I rolled it up - which was much more easy than I expected.

I knew that cooking it would be messy and that fat would render - so I lined a small baking sheet with foil and set the roll on a wire rack. Just for kicks I put some sliced onions in the bottom of the pan. Then I put the whole shootin' match in a preheated 350* oven for about 25 minutes.

It seemed to be doing just fine but at this point I went off recipe. I don't particularily like BBQ sauce so I drizzled some of our home made maple syrup over it. Then kept cooking it for another 10 minutes. Then another drizzle of syrup and turned up the heat to 425* for the last few minutes. It worked!

I made sure to check the internal temperature for 165* before I took it out of the oven. If I would have done anything different I would have broiled it for a few minutes to really crisp up the bacon. No sprinkles or anything were required. No dipping sauce - just meat meat meat and more meat...and a little cheese.

This sliced up really well and wow it was so much fun! Next time I might season the pork a little more. But this was totally fun and it worked! If I knew that I would have worked so well I really would have taken better - and more - pictures. But this was so easy that I will be doing this again. It's kind of like little bite sized bacon cheeseburgers. Whoot! Go meat!

Happy Tuesday everyone! Are you still stuck inside? The Cold of DOOM is making everyone cranky here.

Posted by Ohiofarmgirl at 9:48 AM

ah the pleasures of the flesh

Wow, another meaty meal for the memory bank. Yay bacon!