The unintended consequences of Nicholas.

You'll remember that our big fatty fat cat, Nicholas has a lot of hard days. His life is of constant struggle and hardship. He suffers much as he struggles thru life. One day at a time, little buddy. 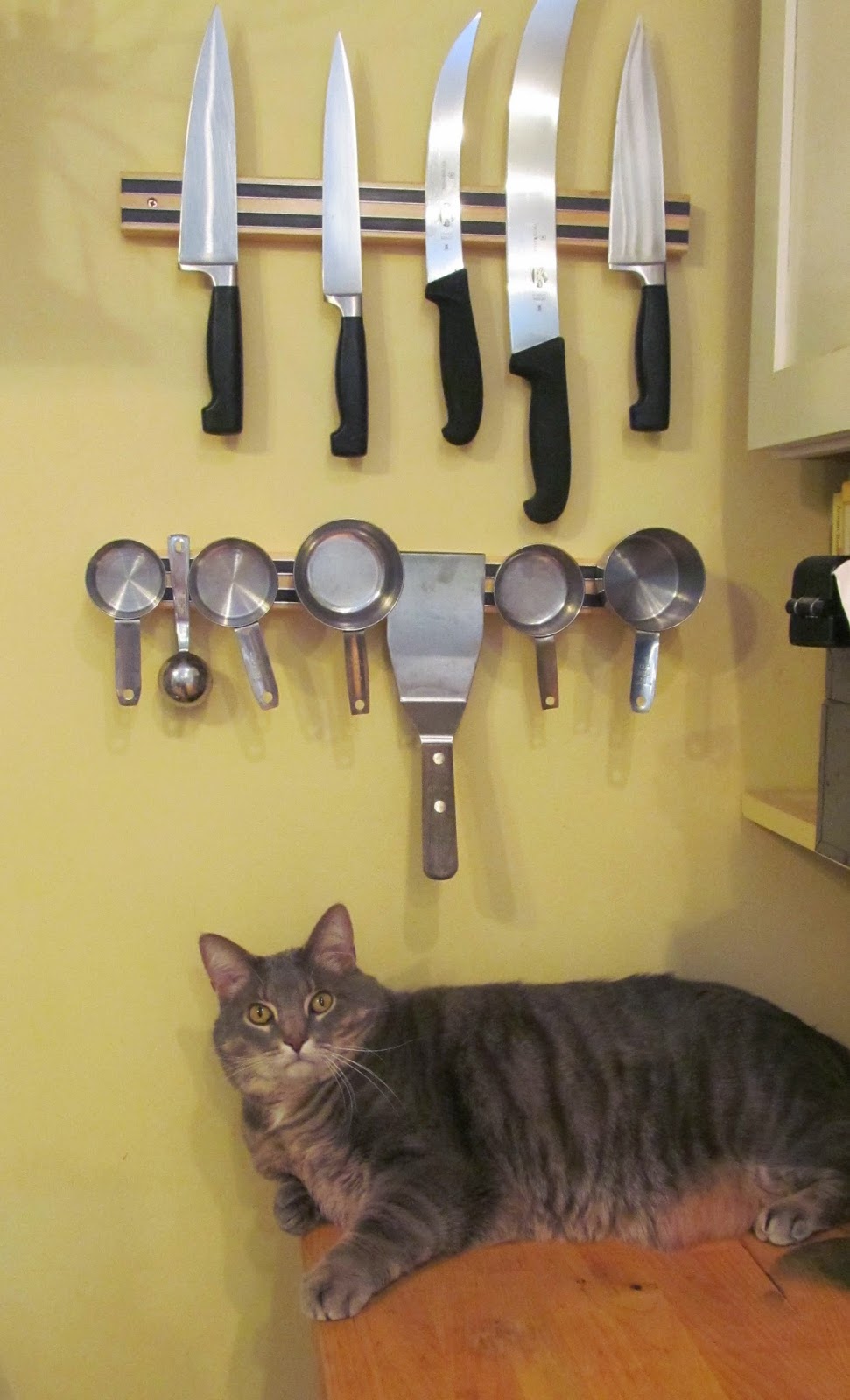 Nicholas. About to do crimes - or help me make something in the kitchen.

His biggest problem right now is that he is still on a reduction plan. Our goal is to get him down to 19 pounds. You heard me. DOWN to 19 pounds. How big is he? Big. Real big. But slowly he's been inching down the ounces and I think we age getting close to his goal weight. The Good Vet told me that getting cats to lose weight is almost impossible. That's right, Doc, tell me something I can't do... it guarantees that I will do it. 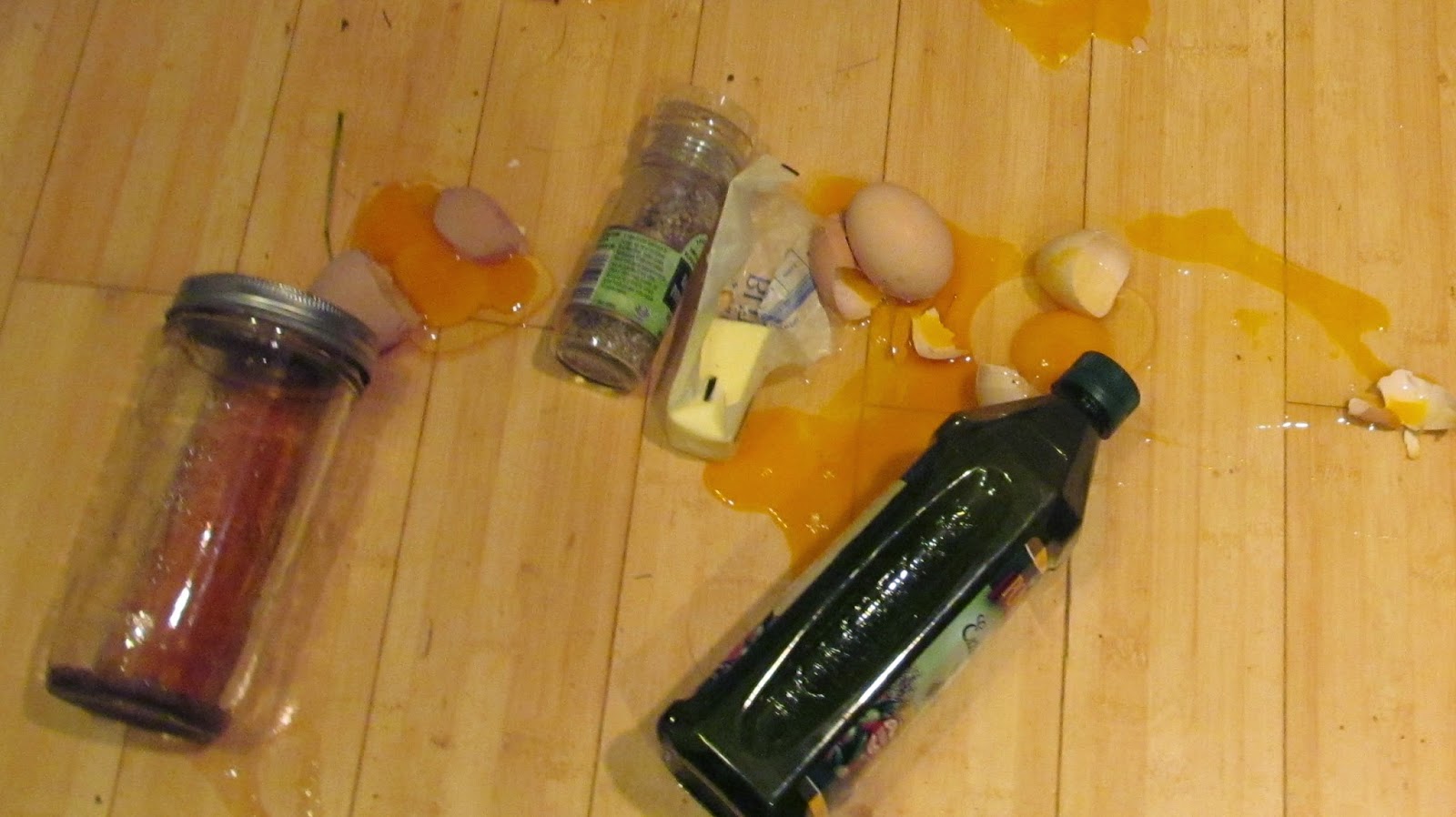 Nicholas can stand on his back legs and pull everything off the counters. Thanks, Nicholas.

So we've been working hard. The next time we take Nicholas to the vet I'm positive those scales will say 19 pounds. I know this because Nicholas has spent the last several days up on the kitchen counters. He hasn't been up there in years. These were the days he could easily heft his big carcass up on the counters. But not since then. However this new found agility has become a problem. 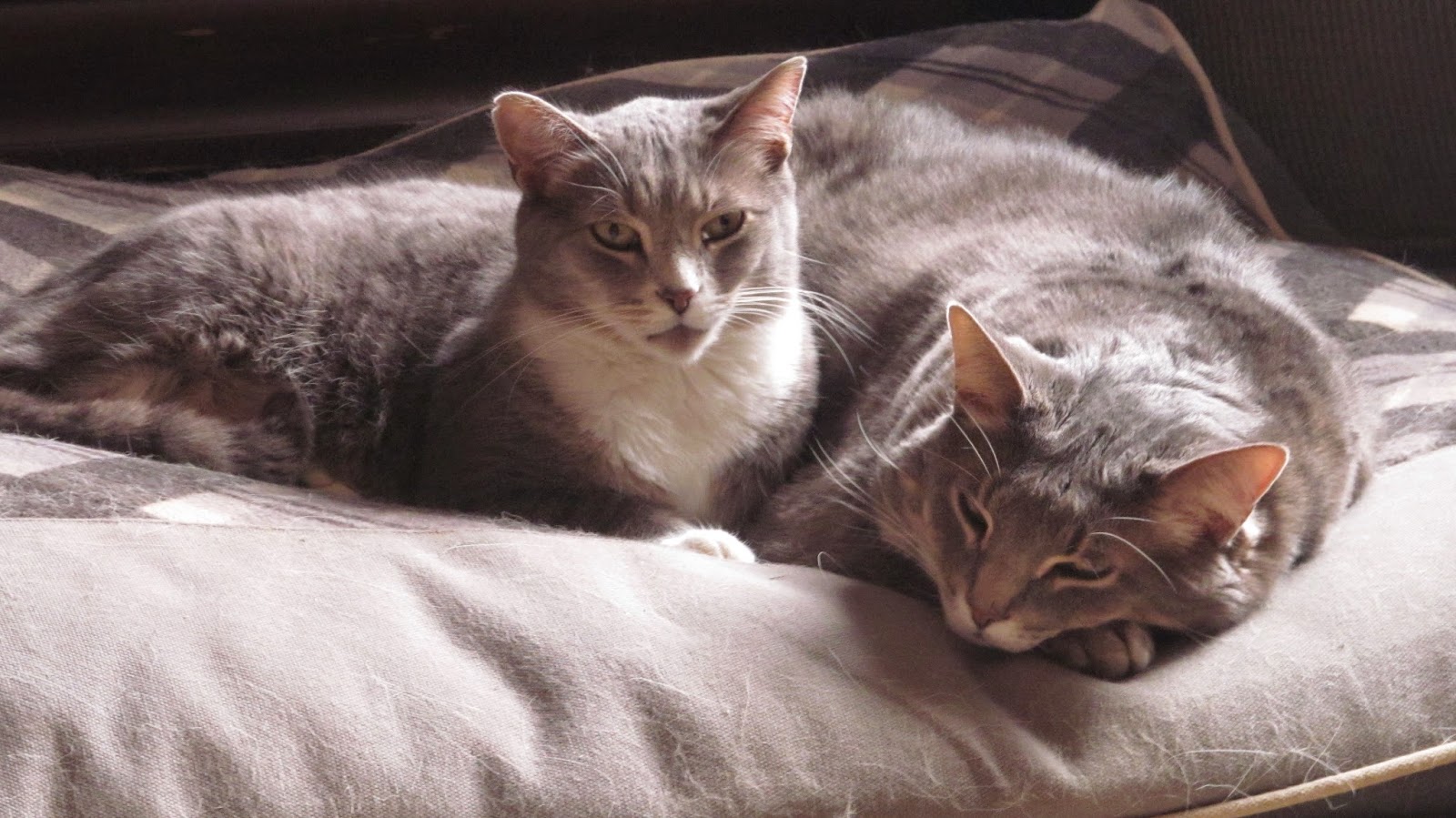 This morning I heard odd noises. Then Kai started with her tattle tail bark... so I hurried out to see what was going on.

"What's going on!" I demanded.

Nothing but innocent looks.

Then I noticed one too many dogs in the dog area.

"NICHOLAS!" I shrieked in surprise.

Nicholas is not supposed to be in the dog area. He teases Kai and Zander and that could go bad. Up until now it hasn't been a worry because there was no way Fatty-Fat A-Lot could get up and over the gate.


What happens when dogs get canned food. This is too much pushing and shoving for cats.

Today was a changing day. I'm pretty sure Nicholas was in the big garbage can full of dog food. Due to starvation.

So while I'm pleased that our formerly fat cat, Nicholas, is slimming down fast..... this has resulted in a lot of unintended consequences.

This is not officially a Hard Day for Nicholas.... but if he keeps it up then it could be. Looks like I'm going to have to do some figuring to keep our Nicholas out of trouble.

Posted by Ohiofarmgirl at 9:30 AM

Keep pealing those pounds off, and you will have to start calling him, " I'm not fat I'm FLUFFY" LOL Way to go Nickolas on regaining your agility... i think.

Haha! That did make me laugh as we have the same problem with Felix aka FatBoyFat. He is obsessed with food. He visits next-door, down-the-lane, and over-the-road, demanding grub from everyone. I had to go round and tell the neighbours that they mustn't feed him anymore when he hit 7 kilos - about 15/16 pounds. His stomach was so huge, it used to wave from side to side like a skirt frill as he walked down the road. Not afraid of exercise - he often accompanies us round our village for a stroll, he now easily jumps up onto the kitchen window without sliding off backwards - but he is now down to 6 kilos - about 13 pounds, so our requests to neighbours is obviously working!

That's funny! Good for you slimming him down...

Well done for getting your cat's weight down. One of our dogs seems to be piling on a lot of weight, mostly because she steals the food of the other two dogs. Not to worried at the moment, and hopefully when the warmer weather comes and they are outside more, then her weight will drop. Good luck with N's continued weight loss...

Bertie the black cat puts on a lot of weight over the winter. Last October we had to take him to see the vet, and she was surprised to see how much thinner he was than when she sees him for his annual springtime (i.e. post-winter) visits. He's s fat cat right now. I hope he slims down in March and April. But then again, I think the hunting is good these days.