What's in your pig food?

We made a mistake when we went and got hog chow the other day. We were so overjoyed with our little oinkers that we rushed down to our local feedstore and asked for the "hog grower" appropriate for 50 pound porkers. 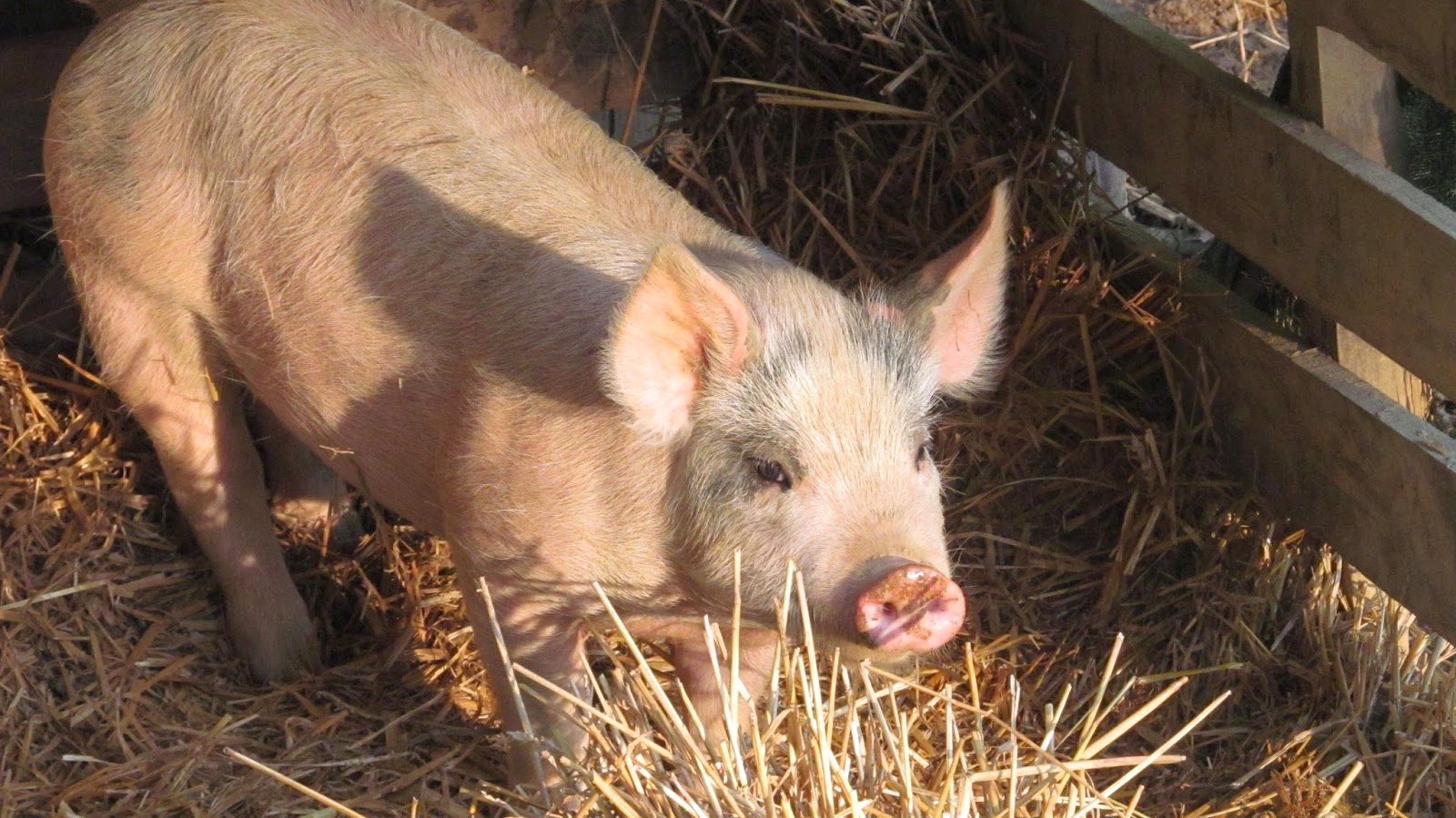 Little pig in the morning sun.

Dang. Yep. Right there. Medicated, chock full of antibiotics just in the case them piglets get sick. Not that they ARE sick.. but you know... just in case. Everyone knows that most of the antibiotics used in this country are for livestock feed, right? The doctor will accuse you of drug seeking if you go in to get fixed up if you are sick....but then you can turn around and get tons of doctored up meat right in your grocery cold case. This doesn't make sense to me.

You'd think it doesn't make sense to anybody.

But then I took the unopened bag back to the feedstore the next day. Turns out they changed their hog feeds. So I told them we did not want medicated, we talked about it, reviewed the options... and I got their milled-on-location 18% hog feed.  All it has in it is corn, soy, and some lysine.

Sure they are used to my antics so the folks at the counter didn't say much when I said I didn't want the medicated chow but what struck me is how "obvious" it is that everyone else wants it. Folks just assume everyone wants the medicated feed.

In fact, when I went out to get loaded up with the new chow one of the loading boys couldn't believe that I didn't want the medicated chow.

"But it's good for them." He said in utter disbelief.

Thusly the great divide..... traditional farming vs traditional farming. The difference is how back the tradition goes. We go a far piece further than most.... we go back before you didn't have to prop up your livestock with unneeded medicine to get them to grow.

And the fact is, I'm allergic so some of the antibiotics and - for reasons I'll explain at a later date - there's no guarantee that we can keep the poultry or the goats for that matter out of the wrong feed. So I'd never know if the medicated feed got into the milk or the eggs. Sure it's just a little bit - but every little bit makes it worse.

Plus, I'm not so interested in rushing headlong into the post-antibiotic world. If I wanted meat fed out with drugs then I'd just buy it from the store.

So there you have it, friends. Don't be so excited about your porklets that you rush in and buy the wrong hog chow.

That's all I have to say about that today. We've been out since early - someone put a rush order on summer and so me and the dogs are already over heated and it's not even noon. Bubby was so hot he just laid himself down and refused to move until I told him to go inside and lay on the air conditioning vent.

Happy Tuesday everyone. Be sure to check your feed labels.

Posted by Ohiofarmgirl at 11:10 AM

Flax, Camelina, Barley, Peas, Alfalfa, and if my customer is really annoying I sometimes pee in the bucket of molasses and if they really really annoy me I get the alfalfa from the Round-up ready alfalfa field stack. I showed em!

I know you have better control of your dogs than we do, but keeping the dogs from helping themselves to wrong food is a problem. Also chickens eat cow food and cows eat chicken food. We decided to just feed them all the same plain cracked mixed grain. Just makes life easier. (We still supplement the dogs' diet of stolen grain, various pooh, and table scraps with dry dog biscuits)

geez amazing you have to opt out of medicated food