Who's our best mouser?

That barncat had better step up his game - there is a new mouser in town. 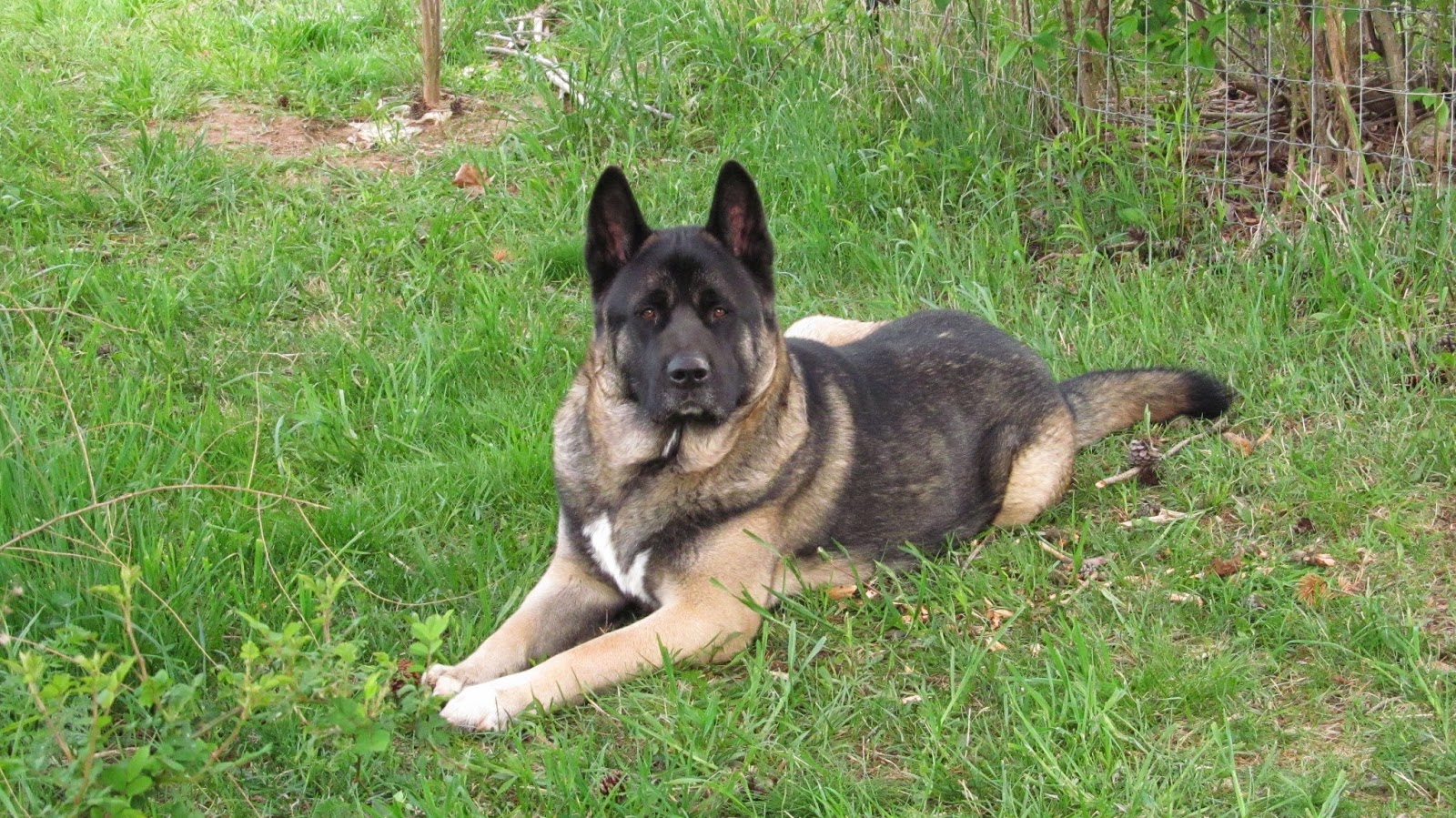 Who would have guessed?

The most amazing thing happened yesterday morning. We were all outside, me and the dogs, all doggin' and waggin' around. I went out to my truck to get something and... I found little shreds of chewed up paper and paper towel.

We've suspected there is a mouse, or mice, living in my truck for a while now. And yes this is a dire situation because rodents can really ruin everything - including the wiring in my vehicle. But we aren't entirely sure what to do about it. We've had all kinds of ideas including leaving the windows open and letting the barncat hang around in my truck. But not much luck getting rid of those mice.

I opened up all the truck doors and went and got a little broom to whisk everything out from the floor boards. When I came back Zander was standing by the truck looking very pleased with himself. 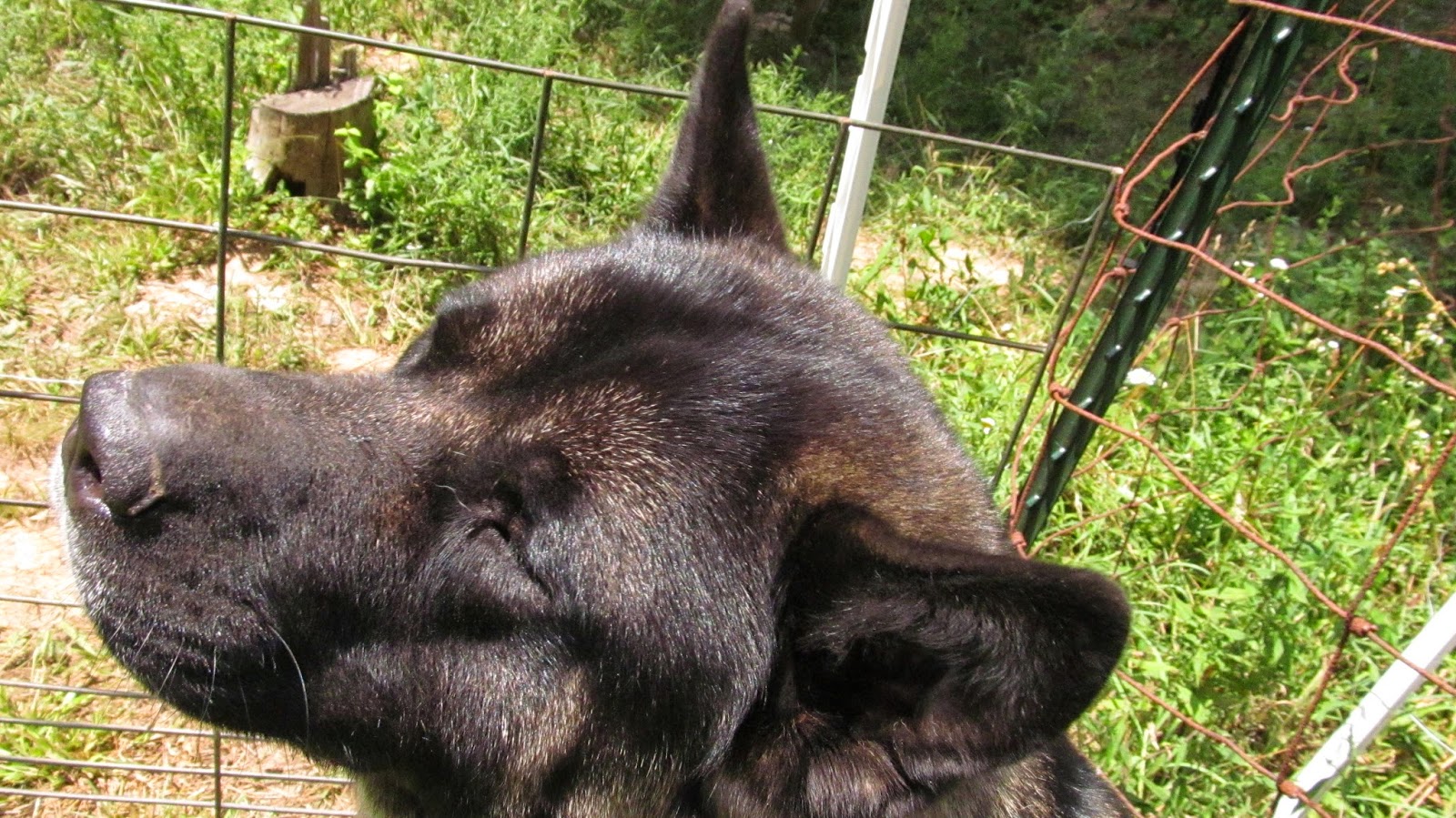 "Drop it!" I said. He did. A mouse. In the wink of an eye our biggest dog, Zander, snagged that little mouse right out of my truck.

One of the best things about Zander and Kai is that they are "soft mouthed" which means they normally don't tear up, or rip to pieces, their prey. They just smoosh 'em up real well until they are good and dead. They usually don't eat stuff like this either - thank heavens.

Bubby hopped from paw to paw wagging his big ol' tail. He knew he'd get a treat for his efforts.

Of course, now someone needed to do something about the body.  That someone was not me and he would be getting up soon enough.

In the meantime we all went in the house and Zander got a fine piece of meat for getting that mouse.

We aren't pretending that the problem is solved with that one mouse - but at least it's a victory. That barncat had better step up his game tho... who would have guessed that our big Bub would be our best mouser?

Happy Sunday everyone! Anybody have any good ideas about how to get rid of those mice? We don't want to use poison because, well.... ew. Dead mice in a hot car? Ew. Traps? Well now that would be a danger to yours truly... now what?

Posted by Ohiofarmgirl at 8:09 AM

Zander is absolutely beautiful - he has such an intelligent and almost regal look about him. Amazing that he caught the mouse. I actually had a mouse nesting in my filter - made such a mess, good thing I had my oil changed and discovered the nest before any real damage was done. Hope you catch all of yours.

Isn't he a dreamboat, lala? We have a new mouse-fighting strategy and I hope we get them all.
:-D

Ugh, I had this problem once. After discovering the shredded paper in my car, my other half put a box on the passenger side floor (it contained a small amount of bread and some paper, and had a small opening for "the visitor" to get in). Then very early in the morning he removed said box from the car, and put it in the field behind our house. By the grace of God "the visitor" was in the box at the time, and did not return (I also kept the car much cleaner after that!).

Thanks Anon! Someone gave me a great tip - very similar. yay!

My auto mechanic once told me that those stinky dryer sheets placed here and there in a vehicle will keep rodents away. I have not ever remembered to try it! I don't use them, so would need to buy some, that's the part I can't remember!